Can we discuss politics civilly anymore? 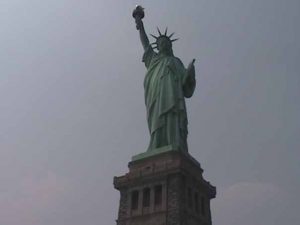 Is it possible to do that anymore? Is it possible to live in a nation where politics wouldn’t be tinged with hatred and be something real estate agents (and writers) feel compelled to discuss?

Before we start the finger-pointing, I agree that the current crisis didn’t start with President Trump. There have been those on the left who played a role in widening the social chasms that existed from the beginning of our country. But good leaders work to close those gaps, bring people together, and heal our wounds. Leaders of both parties have. President Trump has not, and he has made things worse. Just scroll through his Twitter feed and see for yourself.

We can continue the finger-pointing and defensiveness, but we must stop and ask some important questions: Can we discuss politics civilly anymore? Or is it too late?

Let’s answer this by agreeing to a few truths.

The only way we can have a civil discussion about politics is if we agree on a single reality. Let’s stop being manipulated by those with Photoshop and wicked imaginations. We must also agree that there is one standard of conduct that applies to all people. If private email servers are bad for Democrats, they are bad for Republicans.

More importantly, let’s recognize the humanity in each other. Hurricane victims in Puerto Rico are just as worthy of help as those in Texas and Florida. African Americans should not be considered ungrateful for demanding the same civil rights as whites. If we want to show true respect to our flag and anthem, we must first respect each other.

The alternative is to allow the discord and demonization to metastasize until we can only handle political conflict through violence. Too many places throughout history have. We have come to the point where we must either be honest about our situation and do something about it or continue plummeting towards disaster.

We still have that choice, but we’re running out of time. We need to bring honesty, accountability, civility, and humanity back to politics before it destroys us and the country that we love.