Why conspiracy theorists are great storytellers 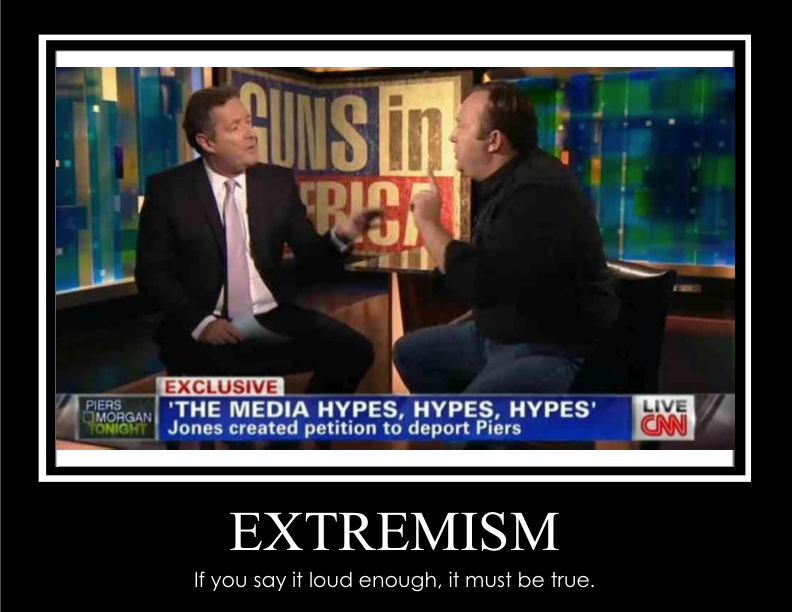 Why do conspiracy theories hold sway over the popular imagination? Why do people still believe the Apollo 11 lunar landing was a hoax despite all of the evidence that it actually happened? One reason is that conspiracy theorists are great storytellers.

Passion is the one simple trick for effective storytelling, and conspiracy theorists have an endless supply of it. They believe in their stories and consider them the most important message they can give to the world. They speak with urgency. Their sincerity alone can sway you to their point of view. If you challenge them, expect to be confronted.

How many of us can muster that much confidence and passion in our stories? How many of us harbor doubt or are unsure our story is worth sharing with the world? Conspiracy theorists have no doubt in their stories and no hesitation in telling them. You may not like the yelling or blustering, but we can appreciate the enthusiasm of the conspiracy theorist.

Conspiracy Theorists Use the Known to Lead Us into Their Stories

All successful stories provide a suspension of disbelief. But how do we get into that state, especially when the world of the story is fantastical? The story provides enough of the familiar and the known to give us a foothold.

Consider that the hero of the Star Wars universe — filled with strange creatures with exotic names and incredible powers — is a normal-looking human with the American-sounding name, Luke Skywalker. He could fit into any small town and not be noticed. Because he is ordinary and familiar, even as he develops incredible powers, he gives us an entry point into the fantastic world of Star Wars.

Conspiracy theorists do something similar. They start off with the facts we already know and that have already been proven. We know President Kennedy was shot in Dallas. We know the World Trade Center collapsed. By starting with points of agreement, the conspiracy theorists can convince us to believe their interpretation of those events. “If you agree that President Kennedy was shot at a strange angle, and you agree that we can’t account for the direction of the second shot, then you must agree that…”

Reality is messy. Good guys do terrible things, and bad guys do positive things. History never follows a clear narrative. We can’t pinpoint a beginning outside of the Big Bang, and conflicts never get fully resolved. Major events come out of minor incidents or mere chance. Reality is unclear and confusing with unfinished storylines and narratives that result in dead ends. Reality can use an editor.

That’s what conspiracy theorists do. They create a narrative of events. Simplified, perhaps — but that’s the way audiences like it. We didn’t feel comfortable not understanding what happened on 9/11, so conspiracy theorists gave us a story with all the loose ends tied. Their stories offer clear, noble heroes and evil, relentless villains. By giving us a clear narrative and characters we can cheer and jeer, conspiracy theorists show where they are the most effective and frightening…

Conspiracy Theorists Tell Their Audience What They Want to Hear

Know your audience is the basic rule of communication. Conspiracy theorists understand that, and they know how to tell stories that address or play upon the fears their audiences already have.

We can’t believe a lone gunman with a sniper rifle would subvert our democracy by murdering the president, so conspiracy theorists develop elaborate conspiracies that involve everyone, even Kennedy’s vice president, Lyndon Johnson.

We can’t believe a group of young men with box cutters could cause such death and destruction, so conspiracy theorists claim that they had help from traitors and secret globalist forces.

We can’t accept that someone would be so sick as to murder a group of elementary school students, so conspiracy theorists say it didn’t happen. They write it off as a “false flag” event with “crisis actors,” and the kids are hiding somewhere as the government confiscates our guns.

The Danger — and Importance — of Storytelling

This is why conspiracy theories are so dangerous. History has shown how ordinarily civilized communities can be manipulated into bloodthirsty mobs. The already unhinged can be nudged into violence. Humanity’s greatest atrocities can be linked to stories.

This is why we have to learn how to use storytelling to inspire people. The same techniques that can sow discord can build community. What can cause us to fear can encourage us to trust. We can show people that they have value and importance — not because others are out to get them — but because of the good they can do on their own.