The latest on The Remainders (and the benefits of beta readers) 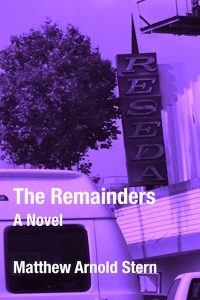 Here’s why you should use beta readers. I asked a friend to review my draft of The Remainders. She liked the book, especially the characters. She wanted to learn more about them and asked if I could add more of their stories.

As I looked at the draft again, I agreed with her. I also realized that the book was too short. At under 40,000 words and 110 paperback pages, it wasn’t long enough to be called a novel. The problem was that I told the story only from the point of view of Dylan, the main character. His narrative ended where it was supposed to end. Anything I could add to it would be filler.

The solution came from a book that my friend enjoyed. This book told stories from different characters’ perspectives until they all came together in the end.

This sounded like a great idea. So, I decided to add another character’s first-person narrative to counter Dylan’s. I chose his father, especially because he plays an important role in the ending. I can contrast the two stories, describe how their lives were similar, and show how and why they came to misunderstand each other. It also fits well with the theme — how we can feel like remainders even when we have the outward appearance of success. The change not only makes The Remainders a better book, it also makes for better therapy.

The lesson: Seek out beta readers and listen to their advice. They will help your story and make writing it a more rewarding experience.