Fun a Day Reseda – What is a remainder and why do you call Reseda one? 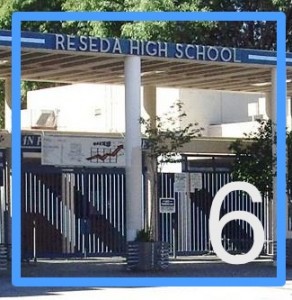 After I announced my Fun a Day project, a friend of mine asked what I meant by calling Reseda “a community that has felt ‘thrown away’.” I’ll share with you my answer, but I first want to explain what a remainder is, how communities and people can wind up feeling treated like one, and what to do when we are.

The dictionary definition of “remainder” is something that is left over or disposed of. You’re probably familiar with remainders if you ever did long division by hand. It’s the number that is left over when you can’t divide it any further, and you don’t want to go through the trouble of turning it into a fraction or decimal. If you’re in the book publishing business, you know remainders are the books that book stores can’t sell. If you’re an author, you don’t want to see your books in the remainder bin. “Remainder” has the connotation of being unwanted or unneeded, an afterthought, something to be discarded.

For those of us who lived in Reseda, we’ve felt for a long time that our community was treated that way. My friend and I even felt that way when we were teenagers in the 1970s.

Reseda was a self-contained rural community for the first part of the 20th century. We had a bustling downtown with department stores. A number of new car dealerships lined Reseda Boulevard. But as new communities popped up in the Valley during suburbanization, people were attracted to the new and shiny stuff. Why shop in a busy downtown when you can enjoy the comforts of air conditioned Topanga Plaza and Northridge Fashion Center a short drive away? Why live in an old wood-framed house built in the 1950s, when modern housing tracts were being built in Chatsworth, Agoura Hills, and Thousand Oaks?

You can say that Southern California, and western society as a whole, is based on throwing things away. Get rid of the old and get something new. Upgrade to the new model. Keep up with fashion so you look hip and not out-of-style.

What’s sadder than doing that to communities and objects is when we do that to people. Certain Star Wars fans were shocked to discover that Princess Leia isn’t 20 anymore, but ageism exists in a number of industries. Circumstances can cause people to feel thrown away. A job loss, a bad investment, or a serious illness can drive once successful people into poverty. I know people who feel thrown away by their families. Unresolved conflicts, irreconcilable differences, and stubborn pride have kept family members apart for years.

What can people do when they feel like a remainder? In Reseda, I found an answer.

When I visited the Reseda Neighborhood Council a few months ago, council president Fran Piazza showed me how they reuse old and cast out materials to furnish their center. This table was found on the side of the road as trash. They fixed and painted it, and now it is used as a worktable for children’s art programs.

What may be worthless to one person may be valuable to another. Every day, people adopt pets from animal shelters. A pet considered a stray, the runt of the litter, or just not worth taking care of can be someone’s forever companion in a loving home. An old suit may help a homeless person ace an interview and get the job that will help her get back on her feet. And when she succeeds in her job, she can show that “thrown away” people have value too.

We have to remind ourselves that we have value. If one person rejects us, there may be someone else who accepts us. If we find ourselves unwelcome, we can go somewhere else where we are appreciated. Leaving or being cast out from one place creates an opening for something new to be born. Thrown out tables can help kids create art, abandoned movie theaters can become icons, books that didn’t sell for full price can still inspire, entertain, or educate others even if they are in the discount bin.

We are not doomed to be remainders. We need to maintain our self-respect and remember every one of us has a place where we are valued and appreciated.