NaNoWriMo 2016: Writing while the world changes 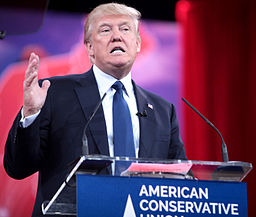 I started writing Offline in the spring of 2001. In my initial draft, I set the story in mid-September 2001. When 9/11 hit, I had a lot to think about. Somewhere near the bottom of that list was Offline. Should I even finish it? Did the story still make sense in this new, uncertain world? I did finish and publish Offline, but I set it in August 2001. I made it a reminder of a world that was gone and a warning of what was to come.

Once again, the world has changed while I’m writing a book. NaNoWriMo doesn’t give me the option to stop work on Amiga. But I’m finding that the book has gone in different directions since November 8.

A new character literally walked into my novel. She is Maria, a cook and maid at the Posner’s house. This is where my protagonist Laura Rodriguez lives in 1985 as she starts her first computer programming job. Maria just showed up in a scene where she serves breakfast to Laura and the Posner family. As her character came into focus for me, she became more important to the story.

Maria is an undocumented worker who came from Mexico to the United States as a young teenager. Her father was killed in an industrial accident. Since her mother couldn’t support her with the rest of the family, she urged her to go north because she’s old enough to work. She was taken in by the Posner family. Laura identifies with Maria as a fellow Hispanic. Even though Laura is college educated and comes from a middle-class family with a long history in the United States, she feels the same sting of prejudice that Maria does.

In the first scene of Amiga, Laura applies for a programming job in a Silicon Valley company. The men who interview her seem uninterested in a woman breaking into a predominately male field. Then, this happens:

“It looks like you received an impressive number of awards.” Doug said the first positive thing about me in the interview, but he spoke in his flat, methodical voice. “You won a $2,500 scholarship from SHPE. What’s that?”

Then, Kevin blurted out the first thing he said in the interview. “Are you an American citizen?”

My back stiffened. I took a small and silent breath.

“Yes. In fact, my father served in Vietnam. He died in combat.”

Doug looked up from my resume. The room fell silent. I may have won my self-respect, but I knew I lost the job.

As Laura builds a friendship with Maria, she learns that Mr. Posner exploited her in the worst possible way. And as an undocumented worker, there was no way she could get help. Maria feels trapped in a world where the rich and powerful can take advantage of her anyway they please. It’s a sentiment people see as rising again.

However, the views of Trump’s opponents aren’t the only ones working their way into my story. I’m finding the views of his supporters are too.

Secretary Clinton’s defeat is commonly blamed on a perceived lack of concern for the needs of working-class Americans. Workers in the Rust Belt, the Midwest, and South feel ignored by the “elites” on the coasts. They’re written off as “low-information” and “baskets of deplorables” from “fly-over country.” For them, marriage equality and multiculturalism mean little when the community’s factory was closed three years ago and most downtown businesses are boarded up and vacant. Proud people who built things with their hands are relegated to working at fast-food restaurants and big-box stores while watching helplessly as their children get lured into opioid addiction. They feel the anthem of the nation they risked their lives to defend is being disrespected by millionaire athletes who don’t even seem connected to the cause they claim to represent. They feel ignored and unvalued, so they get angry. Instead of being heard, they get anger in return. We yell instead of talking and listening. We aren’t human to each other.

In Amiga, I’m showing these fissures in scenes that take place in the present day. Laura is now a middle-age programmer who must report to a Millennial boss. The splits take place between generations as well as political viewpoints. People cling to stereotypes instead of trying to understand each other. Laura realizes that she is as guilty of putting down her younger colleagues just as she was put down when she was young. And experiences she had in 1985 affect what happens to her in 2016 — and may offer solutions to her present-day problems.

As writers, we create stories that help us understand the world. Writing Amiga for NaNoWriMo, during this turbulent time, is my way of trying to understand a changing world that is just starting to take shape. We don’t know how this story is going to play out.