It’s time to change your mind 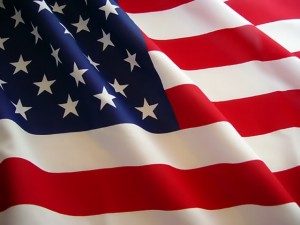 The day I had told you about had arrived.

I know all that happened was an impeachment inquiry was opened. It doesn’t mean there will be articles of impeachment, or those articles will pass the House, or there will be a trial in the Senate, or that trial would lead to a conviction. I’ve lived through this process with Nixon and Clinton. Nixon resigned before he could be impeached, and Clinton finished his term with a stained dress and reputation.  The Constitution allows for removing a president, but it makes the process difficult so it doesn’t happen for trivial and partisan reasons.

It does mean that all of us must look at President Trump differently.

Remember that Ukraine is just the tipping point. There are his violations of the emoluments clause, his careless disclosures of classified information, taking despots at their word while ignoring our own intelligence community. He can tweet “No collusion!” all he wants, but there is plenty in the Mueller Report about obstruction of justice. And we don’t know what might be lurking in those tax returns he refuses to disclose.

Beyond the evidence of high crimes and misdemeanors, there is the damage he has done to American institutions, his hesitance to condemn white supremacists, breaking decades-long alliances with free nations, his dalliances with dictators, and losing entire markets for our farmers and factories. He destroyed the reputation of the Presidency as an institution of dignity and respect. My granddaughter is learning about being a good citizen by telling the truth, being kind to others, and following the rules. Shouldn’t we expect the same behavior from the president as we do a six-year-old?

Perhaps you don’t care how he behaves as long as the economy is doing great and Americans are safe. We’ve had scumbags in the Oval Office before. Then consider what President Trump will do if this impeachment thing gets too hot. It’s not hard to guess.

He’ll bail. He’ll cut his losses and get out, just as he did his businesses, properties, and marriages. Throughout his life, he hasn’t stuck with anything that became too much of a downside for him, including family. It doesn’t matter how much he staked his reputation on something or how solemn a vow he made to commit to it. The presidency will prove to be no different. He’ll cut a pardon deal with Vice President Pence, have one of his foreign buddies set up a cozy villa for him, and find a way to land on his feet.

And if he does escape impeachment or decides to stick it out? He’ll continue to find ways to profit from his office and abuse power for his own benefit. He will feel emboldened to demolish American institutions and values further. Eventually, he will make that one mistake that can destroy your safety, livelihood, and everything that matters to you.

He always saw you as a mark. He’s like that friend who tries to recruit you into her “network marketing program,” promising that “you can make a fortune at home,” but you would wind up tens of thousands in debt. Or the televangelist who wants you to give him money to “do the Lord’s work,” if the “Lord’s work” involves buying private jets and procuring prostitutes. Donald Trump wants to convince you that a crass and debauched man is godly, a businessman with a string of failed businesses and a billion dollars in losses is a financial genius, a leader who collaborates with foreign governments for personal gain is a patriot, and someone who routinely cheats contractors and stiffs employees is looking out for your interests.

You are not a mark. You have values. You love your country. You want to raise your children in a nation where honesty, decency, and community are valued. You can work with all kinds of people, talk out your differences, and come up with solutions. You know America is better than this. And if Donald Trump can cut his losses with you, you can cut your losses with him.

As I said at the start of Trump’s presidency, it’s difficult to regret a decision we’ve made, especially one as important as a vote for president. But it’s more important for us to stand up for our country, the Constitution, the rule of law, and our American values than to stick with someone who has no intention of sticking with us. I hope you realize this as well.

It’s time to change your mind. There’s a place for you to join us. You will be welcomed.