Is it time to bring back irreverent humor? 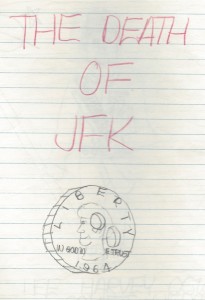 Have you ever heard of shuttle jokes? Shortly after the Challenger disaster in January 1986, a bunch of jokes started circulating about it. Here is the least offensive of them:

“Why does NASA drink Pepsi? Because they can’t get 7-Up.”

Why would people joke about something as horrible as the death of seven astronauts? Or the assassination of President Kennedy?

We turn to irreverent humor in times when we feel powerless against the absurdity surrounding and threatening us. And today may be one of those times.

As an example, let’s look at the 1970s, a golden age of irreverent humor. We had National Lampoon, Monty Python’s Flying Circus, and Saturday Night Live. Richard Pryor and George Carlin were standup stars, Cheech and Chong made hit comedy records and movies, and Robin Williams and Steve Martin got their starts. I listened to Dr. Demento and was introduced to Tom Lehrer and “Weird Al” Yankovic.

Where did all the irreverence come from? It was a hangover from the 1960s. The social progress that decade promised had run out of steam. We landed on the moon and had no bold goals after that. We had lost faith in our institutions after Vietnam and Watergate. The economy was in shambles. All we could do was to sit back and snicker at what society had become. As Robin Williams joked about President Jimmy Carter:

You’ve got to laugh. We’ve got Howdy Doody in the White House doing all these crazy things.

We used satire as a coping mechanism. If we couldn’t change the situation, we could mock it and cut it down to size. We can stretch it to its absurdest conclusions. We can reveal the grotesque hypocrisy at its core. By doing this, the situation no longer seems as intimidating or hopeless.

Satire is always difficult, and irreverent humor is especially difficult today. (For more information, watch Lindsay Ellis’s excellent video essay on Mel Brooks and The Producers.) Satire can easily be misunderstood and misread. At a time when we have heightened sensitivity to offense, irreverent humor is more likely to result in a backlash. A movie like Blazing Saddles couldn’t be made today (even though it predicted what President Obama would go through).

Irreverent humor can also be seen as resignation at a time when we still believe (or have a faint hope) that the situation can be saved. This is why we have the earnest, outraged comedy of Stephen Colbert, Samantha Bee, and Trevor Noah. They use humor as a weapon to attack an unjust system. But if we ever get to the point when we feel we’re just clawing at the walls, irreverent humor can help us cope.

Irreverent humor doesn’t mean we’ve given up on fighting injustice. If anything, it shows our refusal to accept it. As Jon Stewart said recently:

[W]hat Donald Trump wants is for us to stop calling his cruelty and fear and divisiveness wrong, but to join him in calling it right. This we cannot do. And by not yielding, we will prevail…

And we show that it’s wrong by ridiculing it. Irreverent humor knocks down ideas that shouldn’t have been elevated in the first place.

This is probably why shuttle jokes circulated after Challenger. NASA tried to turn space exploration from a dangerous adventure for trained test pilots to something so safe and dependable that they can send a teacher. They failed tragically. The hubris and groupthink that doomed Challenger turned NASA into an object of scorn — and ridicule.

There are certain things that are too horrible be laughed at. There will never be Holocaust, 9/11, and Stoneman Douglas jokes, at least not by people with any sense of decency. Instead, we can mock Hitler as Charlie Chaplin and Mel Brooks did. We can criticize the Bush administration’s War on Terror as Team America: World Police did. Even Stoneman Douglas students parodied an NRA video. Comedy punches up, not down. It mocks the perpetrators and enablers, not the victims.

It is time to bring back irreverent humor. If society legitimizes cruelty, dishonesty, and corruption, we need to delegitimize it through comedy. Sick humor is the response to a sick society. Through irreverence, we can reclaim what is truly worth revering.