When technology fails us 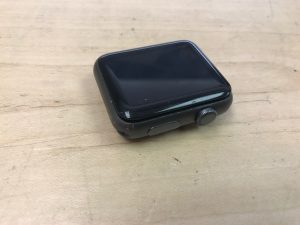 But our dependence on technology isn’t just about fancy gadgets. We depend on certain technologies to live.

Take air conditioning. We don’t consider it technology because it has become commonplace and seems low-tech compared to a better-than-Dick-Tracy smartwatch that will soon have models that can make phone calls. But millions in Florida who don’t have power after Hurricane Irma (and might not have it for a month in places) have to learn to live without air conditioning. Some can’t. At least eight patients died at a nursing home in Hollywood Hills, Florida because their facility couldn’t provide adequate air conditioning.

Not long ago, air conditioning was considered as much of an unnecessary luxury as a smartwatch. My house in Reseda was built in 1952, and it had an evaporative cooler instead of air conditioning. Our schools, which were also built in the 1950s, didn’t have air conditioning either. And this is an area that can hit above 100F (38C) in September.

Air conditioning has made life bearable in hot, dry areas like the San Fernando Valley and hot, humid areas like Florida. The population in these areas wouldn’t have been able to grow without technology like air conditioning — as well as irrigation and drainage systems, bridges, sea walls, and the fuel and electricity that enables these communities to function. Take them away, and the people living there are in serious trouble.

It’s not just Mother Nature that can strip us of the technology we depend on. What’s more frightening is the possibility of hackers sabotaging our electrical grid, robbing our banking systems, hijacking our media, and even causing physical destruction and death. The more we depend on technology for basic functions from driving, household security, and vital medical equipment, the more vulnerable we are to cyberwarfare and terrorism.

Technology can be fixed. Apple sent me a replacement watch that is a newer version than the one I had. I only missed a few days of “closing the rings.” But a more serious lapse in the technology we need — whether from natural or man-made causes — can have devastating and long-lasting consequences. Look at Fukushima and Chernobyl.

Technology makes our lives easier. In an increasing number of cases, it is necessary for our survival. Embrace new technology, but understand that our dependency on it makes us vulnerable. We must recognize the tradeoffs and be ready when that technology fails, because it will.