Sacrifice and “The Gift of the Magi” 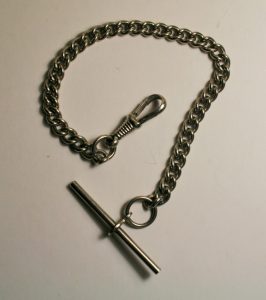 We all know the O. Henry story “The Gift of the Magi.” So, I’m not giving away any spoilers by telling you that it’s about the young wife who sells her hair to buy a chain for her husband’s pocket watch, only to find that he sold his pocket watch to buy combs for her hair.

O. Henry intended the story to show the value of sacrifice, but I wonder if readers over a century after its first publication see it that way. They might see the poor couple as foolish because they gave up two things of value and wound up with two useless ones.

Was this couple’s sacrifice wasted? And what does sacrifice mean in the 21st century?

As you read the story, you’ll see that the couple kept the right perspective about their predicament. She assured her husband, “My hair grows so fast, Jim!” He says of his chain, “[L]et’s put our Christmas presents away and keep ’em a while. They’re too nice to use just at present.” You can hear his confidence that one day, he’ll be able to save enough to buy a new watch for that chain.

The wisdom of the Magi that O. Henry talks about is one of perspective. They both recognized that their material sacrifices are short-term and minor. Their marriage mattered more to them. They gave up something that turned out to be insignificant to get something greater in return. Hair and a watch were small prices to pay to strengthen the love they had for each other.

Material sacrifices are small things, no matter how much they cost. What about sacrificing something greater — one’s own life?

In this troubled year, we’ve had plenty of examples of people who gave their lives to save others. Let’s talk about one of them, Peter Wang. There are people who survived the Stoneman Douglas shooting because he sacrificed his own life to help them escape.

To understand the depth of sacrifices like Peter’s, we must look at those who should have risked their lives to protect those students and teachers, but didn’t. Those who didn’t give the order to engage, who stood by as the shooter rampaged, and who wasted a minute putting on his vest as he heard the shots. They saved their own lives, went home to their families, and slept in their own beds. But at what cost? They destroyed their careers and reputations. They earned the enmity of the community they were supposed to serve. They assumed the weight of a heavy conscience and will face sleepless nights haunted by those they could have saved. They may face legal consequences. To save their own lives, they made too great of a sacrifice.

As for Peter, he has been honored as a hero and will be held up a model for others to follow. Those he saved will forever be grateful to him, and they will tell his story to their future children and grandchildren. Peter Wang has also done something remarkable: He brought liberals and conservatives together in a campaign to honor him with the President Medal of Freedom.

For all the good Peter did, it came at a horrible price. He sacrificed himself as a young man with great potential. He could have done more to help people and serve his country. And his sacrifice shouldn’t have been necessary.

It becomes our responsibility to make sure that his and other sacrifices are worth their terrible cost. We must find solutions, which requires us to step out of our ideological cubbyholes and work together. We must honor the memory of those who were taken from us, continue their work, and support those who still mourn for them. We cannot allow them to be forgotten and their deaths to be in vain.

The lesson of “The Gift of the Magi” is that a sacrifice is valuable if it is in the service of something greater. When that sacrifice is someone’s life, it is up to us to make sure the greater good is achieved. The story reminds us that the most valuable gifts come from love. When we give to protect and cherish those we love, no sacrifice is foolish or useless.