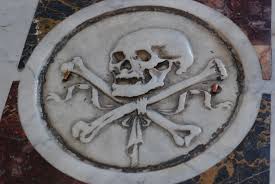 Recently, Manuel Oliver presented a 3-D printed statue of his son Joaquin at Times Square. I’ve talked about Stoneman Douglas before on this site. But this particular story says something about how we view death — and how we value life. It’s important we look at this, especially with all that has happened in the past few days.

Manuel often speaks of his son in present tense, referring to a presence that is still there. When he spoke at an art camp created by Stoneman Douglas students in June, he said:

I have to make sure Joaquin is still able to talk to us and art is that perfect tool that can make that happen. Because of art, I can still be a father. February 14 didn’t stop me from being a father. I’m not going to let that happen…I’m playing the role of a father right now and that feels good.

If we love life, we honor the dead. We say their names and share their stories. We fill the holes they left in our hearts with their memories. We are grateful for what they did with the time they had, and we continue the work they left behind. We see their lives — and life as a whole — as a blessing. They inspire us to do good and live our lives with purpose.

But those who dismiss their deaths with a perfunctory “thoughts and prayers,” write them off as statistics, or claim they are false-flag crisis actors — we see such people as heartless. We know they are incapable of empathy and honest emotion. For them, people are things to be used and can be destroyed and discarded when they no longer suit their whims. They amuse themselves with meaningless self-indulgence and pompous self-importance. They fear, mock, or deny death because they do not value life.

Memento mori cautions us against such an attitude. Through its depictions and contemplation of mortality, we turn our thoughts away from earthly goods and vanity. We seek a higher purpose than momentary pleasures, and we gain a perspective that’s greater than our petty debates and grievances. We develop compassion for others’ suffering, because we know we will suffer too. We appreciate life because we know it will end.

Joaquin Oliver’s statue is a 21st-century memento mori. But it’s more than just a reminder of the fragility of life. He reminds us of our responsibility to keep our communities safe and keep guns out of the hands of those who would use them for violence. He tells us not to shrug off mass shootings because one day, it could be us or someone we love who will take that call. Gun violence isn’t merely a political issue, but a personal tragedy. The more we say the names, learn their stories, and listen to the cries of those who mourn for them, the less we tolerate the same shopworn political arguments.

In these respects, Joaquin Oliver isn’t a statistic. He has a voice we need to hear. He is, as his father describes him, an activist.

Yesterday, we were confronted by eleven more names, eleven more stories, eleven more sets of mourners, eleven more lives crushed when hatred get its hands on tools of mass murder. How do we respond? Do we shrug it off as just part of living in America? Or do we demand change? Do we reelect politicians who parrot the talking points of the lobbies that fund them? Or do we elect leaders who are committed to finding a solution? Do we tolerate slaughter, especially of those who don’t look, pray, love, and vote like us? Or do we value their lives as much as we value ours?

Memento mori, like Joaquin Oliver’s statue, tell us what we must do.