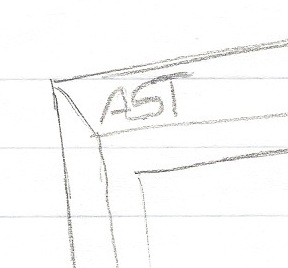 Ever had an idea that was ahead of its time? Or if you went ahead with it, it might have been revolutionary? This is the case of a memo I wrote in 1991.

At the time, I worked in the Technical Publications department at AST in Irvine, California. In the late 1980s and early 1990s, AST was one of the leaders in the PC marketplace along with IBM and Compaq.

I recently found a draft of a memo I was writing to my manager. The date was December 26, 1991. Keep in mind that clamshell laptops were just starting to come out. Windows 3.1 was mostly a shell of MS-DOS and popular business applications were just starting to migrate to it. Low-end PC-compatible computers cost over $1,200 (nearly $2,000 in today’s money). The World Wide Web was just coming out of the development phase. The only way to get online (usually on a text-based service like CompuServe) was by modem.

I wrote the following proposal to my manager for a product I thought AST should build.

[The engineering vice president] has often talked about the need to get computers into the hands of the 98% of the world’s population that doesn’t currently use them. This project begins to address this need by finding ways to make our PC-compatible systems easier to use for more end users.

Our goal, quite simply, is to produce a “Business Nintendo”: an easy-to-use, full-featured PC-compatible computer that can be sold inexpensively through the mass-market channel. Users who have never touched a computer before can start working with our system in just seconds.

Normally, Marketing would initiate such a project…To really find out how to make an easy-to-use system; however, we should leverage the talents and research capabilities of all the key departments in this company.

Therefore, Technical Publications should become involved in this project. We would take information we are already gathering in product usability and on-line documentation and produce a “recommended features list.” Product Marketing and Engineering can use this list to help design more user-friendly systems…

This design would evolve in two phases:

Attached to this memo was the following sketch I drew of such a non-traditional design. (Click to expand.) 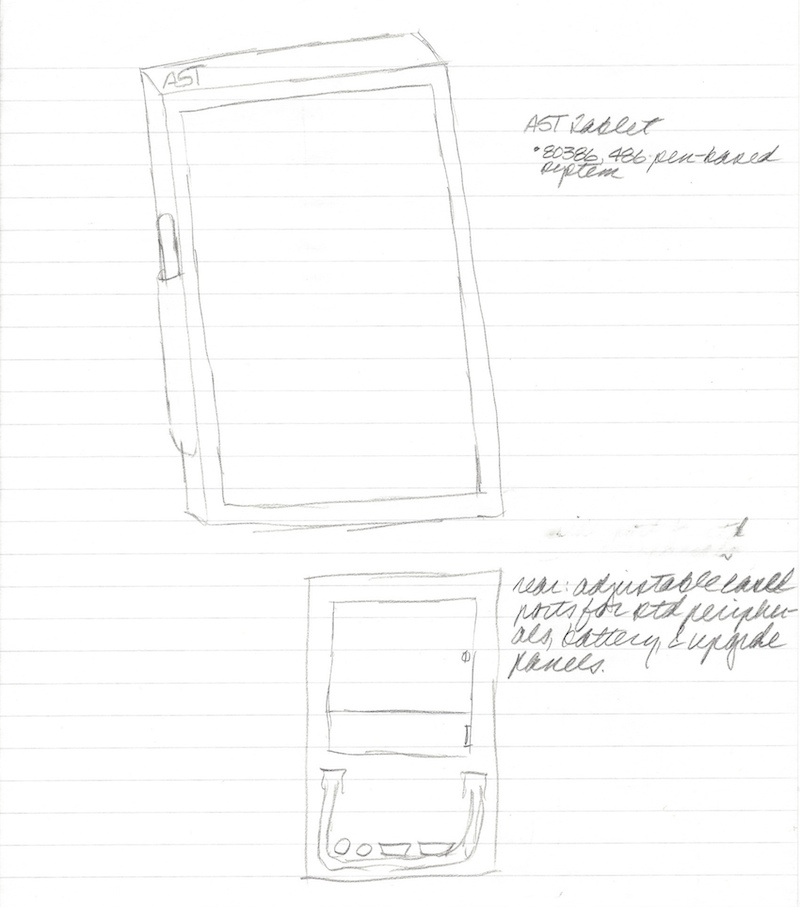 Looks familiar? It could have been an iPad with a Galaxy Note, Kindle Fire HDX, and Surface mixed in.

I never finished the memo. I remember getting called off to work on other projects and never went back to the idea. I left AST in 1995. The company merged with Samsung and dissolved later in the 1990s.

What would have happened if I had finished and submitted that memo? Would such a device even be feasible with early-1990s technology? Would management even consider such an idea or laugh it off? If AST did build such a device, would it have saved the company? Turned me into a Steve Jobs-level computer genius? Or bankrupted the company sooner and made me an unemployable scapegoat? I will never know.

I do know that dreams are nothing unless you pursue them. They may succeed or fail, but unless you move them forward, they will languish in your mind. Or an old file folder. So, don’t hold back on that idea you have. If I didn’t hold back, we could have had an iPad in 1991.