Words that make us buy 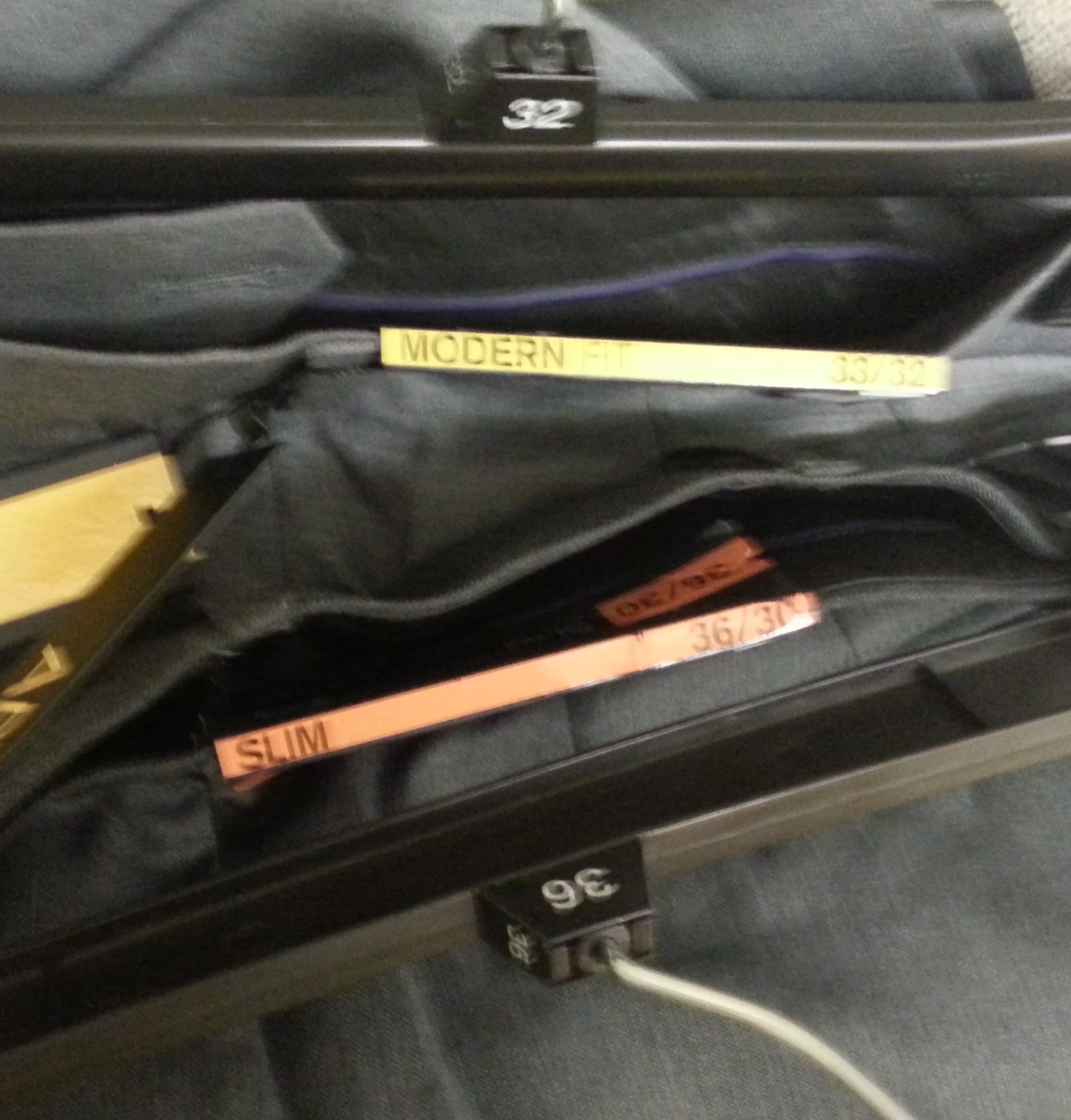 I was shopping for clothes, and I came across these pairs of pants. They were available in two sizes: “Slim” and “Modern.” “Slim” seemed obvious: They are for people who ate right and worked out. In other words, they weren’t for me. Then, what is “Modern” supposed to mean? If “Slim” is for slim people, “Modern” has to be for people who are not. This size was called “Husky” when I when I was a kid, before “Husky” became an insult. Since companies don’t want to insult their customers (although I can think of a few that do), they won’t use any term to call them fat. That’s why we get sizes like “Modern,” “Regular,” “Loose,” “Classic” — names that complement us for not being “Slim.”

“Slim” and “Modern” made me think about all the other words companies use to entice us to buy. Here are three of them.

When I worked at AST, our first computer was called the Premium/286. This was in 1986 when IBM-compatible computers gaining share in the marketplace. These computers had another name: clones. This term implied that such computers were cheap knockoffs of IBM. By giving its computer the name “Premium,” AST sought to show that this wasn’t another IBM clone, but a quality computer that was equal to or better than IBM’s. When AST came out with less expensive computers, they named them Bravo and Advantage and kept the Premium name for the top-of-the-line product.

“Premium” is used to describe everything from orange juice to toilet paper. The word implies that the product is of high quality and deserves a higher price. We pay it, because why settle for an ordinary product when you can pay a little more and get “Premium.”

Companies also have to show that their product is affordable. That’s where “only” comes in. “Only” is the verbal equivalent of setting the price at $24.99 instead of $25.00. Typically, “only” appears in front of the price, “only $24.99.”

Companies use “only” whenever they want to show something is easy and affordable:

Why “only?” We distrust advertising and say, “There must be a catch.” “Only” is a company’s way of saying “There’s nothing up our sleeve.” Of course, there is, which leads us to the biggest selling word…

Let’s use cell phones for example. Many cell phone manufacturers and carriers say their phone is “free.” (Don’t snicker, Fandroids. Your phone manufacturers and carriers do this too.) Then comes the fine print, “with a qualifying two-year contract.” You’re still paying for the phone through your carrier’s monthly charges. In fact, you may wind up paying more than what the phone actually costs.

With contract-free carriers, you pay the actual cost of the phone. They still get you with the variant of “free,” “no money down.” Yes, you may wind up walking out with that cool phone without paying any money, but you still wind up paying the entire price of the phone in installments. Your phone winds up costing the same whether you buy it from a carrier or buy it from the manufacturer (although carriers may charge a fee to activate an unlocked phone on their network.)

Now that you have your phone, you become attracted to the apps with a “free download.” Sure, the download is free, but the app may have a monthly subscription or ask you to pay for “Premium” content (the features you really need). That “free download” may require you to enter personal information that is sold to advertisers, who display their ads in the app. A game may limit you to a few levels unless you pay for an “unlock” code.

Robert Heinlein was right. There ain’t no such thing as a free lunch. Or smart phone. Or app.

Still, words have the power to entice us, override our logic, cause us to ignore the fine print, and reach for our wallet.