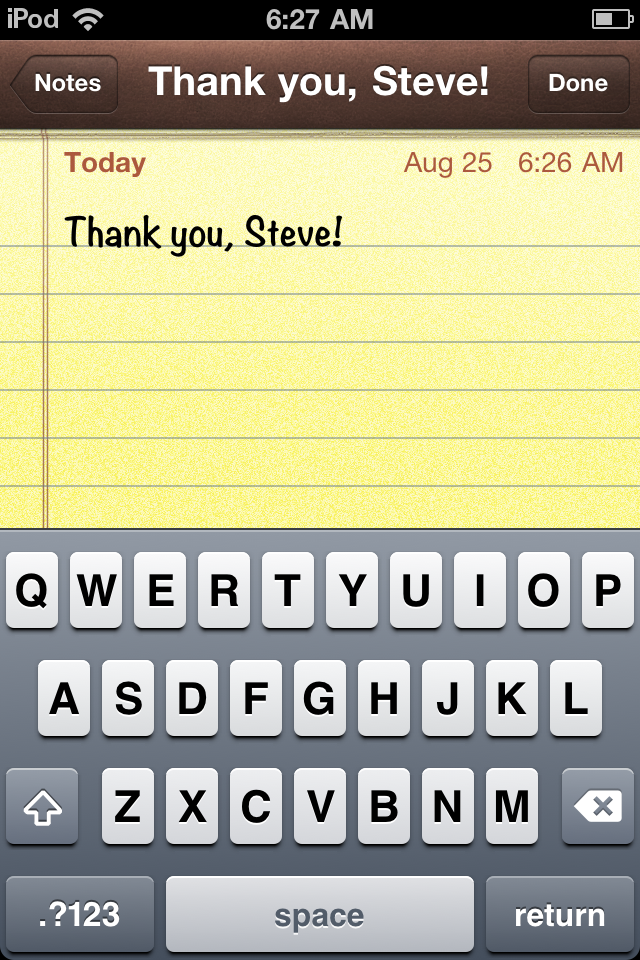 Updated October 5, 2011: Steve Jobs has died. Rest in peace and thank you once again.

Why say “thank you” to a CEO, especially when so many corporate executives these days deserve scorn instead of praise? Outgoing Apple CEO Steve Jobs gets my thanks because he has helped me in a number of ways.

My first job out of college was for an Apple software developer called Haba Systems. They produced one of the first independently developed programs for the Macintosh called Habadex. Haba was my first purely technical writing job, and it was my first experience with point-and-click interfaces and desktop publishing. It also began a career that has lasted 26 years. Although my first computer experience was with the Commodore 64, the Apple Macintosh 512 was the computer that made me a full-time technical writer.

From Haba, I went to AST, a PC board maker that went on to make its own PC-compatible computers. So, my Mac days ended. But Apple came back into my life 21 years later when I got my first iPod. It was a gift I got from my current employer for completing software that we developed on (of all things) Microsoft Windows. My iPod made many a long walk and a commute to work more pleasant. It also provided the soundtrack as I announced Little League games.

Apple products continue to help me today. My iPod Touch is helping me lose weight and get healthy with an app called LoseIt. My first novel is on sale on iTunes, and I look forward to having my next novel there soon.

All of these good things became available to me and millions of other Apple customers because of Steve Jobs’ vision, creativity, and leadership. So, thank you, Steve.