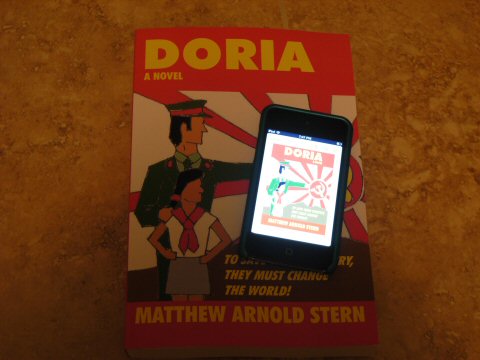 To write about history, you first have to understand how history works.

The way history is taught in school, it sounds like it is shaped by important people doing important things on important dates. We learn things like, “In fourteen hundred and ninety two/Columbus sailed the ocean blue.” Easy to remember, easy to write down in tests. This is not how history is formed at all. Often, it’s the small events involving seemingly ordinary people that shape history.

One such person is British Army Private Henry Tandey. In World War I, he led a bayonet charge against German troops in Marcoing, France. During the battle, a wounded German soldier came into his line of fire. Tandey did not shoot. As he explained, “I took aim but couldn’t shoot a wounded man, so I let him go.”

The German soldier was Adolf Hitler.

History is full of little incidents and small decisions that have big consequences. If Sir Alexander Flemming had been more fastidious with his lab equipment, we wouldn’t have penicillin. If voters in Florida were more careful with their ballots in 2000, Al Gore might have been President of the United States instead of George W. Bush. “What ifs” like these keep alternate history authors like Harry Turtledove

So when I wrote my historical novel Doria, I kept those little incidents and small decisions in mind. Ordinary people from humble backgrounds wind up causing world-changing events.

In showing history this way, I want people to realize how much power we actually have. We look at the seemingly relentless barrage of bad news and feel hopeless and powerless. So, we look to some “great” man or woman who can come along and save us. In truth, we have the power to save ourselves. In the daily choices we make, in the little things we do, we have the power to shape history — especially when we join forces with others. When we realize that we have this power, we can begin to shape history for good.