A lesson about confidence from Toddlers and Tiaras 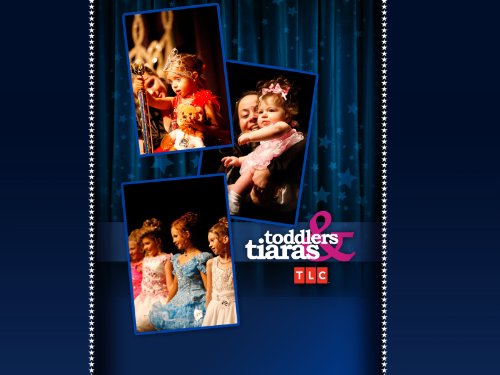 There’s a lot one can say about TLC’s show Toddlers and Tiaras (such as “What happened to all the outrage about JonBenét Ramsey?”) Once in a while, it actually shows something useful. In one episode, it provided a lesson in the importance of self-confidence.

At the “Rodeo Princess” pageant, three girls were competing in the seven-to-eight-year-old category. (That hardly makes them “toddlers,” right?) Two of the girls, Karmen and Lynsie, were pageant regulars. A judge told a cameraman before the pageant that Lynsie was a state champion with potential to move up to national competition. The third girl was Kelci, who was new to pageants. Her mother hoped that Kelci’s natural beauty would give her an edge over her more experienced and glitzy opponents.

But as the program showed how the contestants prepared for the pageant, Kelci was clearly in trouble before the contest began.

Kelci’s more experienced contestants had an edge, confidence. One proclaimed herself a “redneck princess” and expressed her certainty that the judges would pick her. The other had so much moxie that she would list the books of the Bible for the talent competition and still wowed the judges. It seemed that Kelci and her mother worried about everything. They worried about whether Kelci would drop the baton during her routine or find her marker on the stage. When the other girls ran into a snag, such as when Karmen’s spray tan (really!?) starting rubbing off, her mother would find something to fix it, and they would go on.

The outcome was as expected, Lynsie and Karmen got the top prizes while a disappointed Kelci took runner up. Kelci’s mother said that she would have her daughter compete in less glitzy pageants from now on with the hope that her natural beauty would shine through.

But Kelci needs something more — confidence.

It’s the same thing that I saw in the seven-and-eight-year-olds I coached in Little League. As parents, we need to get children to believe in themselves, to see themselves as winners, and to feel they deserve to win. On our team, we came across more experienced players, some of whom have gone on to play on All-Star and travelball teams. Yet, we never let our kids feel intimidated, and we got them to believe they are just as good as those more accomplished players. Sure enough, we played some great games against those teams. And when things didn’t go our way, we still had the confidence to play better next time.

The first step in winning is to believe you can win. Even when you don’t win, you still have the persistence to keep going until you win. That comes with confidence.