The cycle of outrage 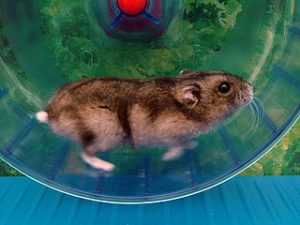 Do you feel like you’re stuck in a hamster wheel of never-ending political news? No matter what bad or outrageous thing happens, something comes along to top it. There is no respite and no place to avoid it. It occupies your mind, hijacks your conversations, and shades your relationships.

We are stuck in a cycle of outrage. Let’s look at how it works.

The cycle of outrage follows these steps:

If you try to break the cycle by not being outraged, people get outraged that you’re not outraged enough. There is always something to be outraged about, and the outrage intensifies each time the cycle repeats. Outrage becomes a permanent part of your outlook. You find yourself looking for outrage so that you have a reason to stay outraged. Outrage takes over your life. It becomes normal. So normal that when something really terrible happens, you are too outraged to notice.

Which is what they hope you do.