A prayer for Anthony Scaramucci 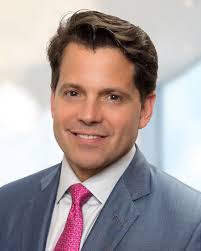 If you’ve been following my website, you’d assume that a member of the Trump administration would be the last person I’d express sympathy for — especially the (UPDATE: former) White House Communication Director Anthony Scaramucci. He went off on his fellow staffers as if someone told him to go get his shine box. (NSFW link, but you knew that). And thank you for the visual of Steve Bannon. I have a similar physique, and I can barely do a sit-up.

But then I heard his wife filed for divorce, and I took pause.

I am a child of divorce, and I know how hard it is for all involved. As much as I vehemently oppose everything the Trump administration has done, I feel for him and his family. In fact, it is because of my political beliefs that I sympathize for him.

When politicians are shot, publicly ridiculed, or told that they should hurry up and die of cancer because someone doesn’t like how he votes, this is the type of behavior I’m protesting against. But I cannot denounce the cynicism and callousness in government if I am cynical and callous myself. So, I refuse to kick people when they’re down and unfriend people I disagree with. I will denounce violence and vandalism regardless of which side is the target. I am not fighting for a political party or ideology. I am fighting for us to be a more decent and humane society. I am fighting for a better America.

So, I pray for Anthony Scaramucci and his family and hope the children don’t suffer too much from the situation.

I also pray that this might, in some small way, open the hearts of the President and his administration. Scaramucci quoted the proverb about fish stinking from the head down. Compassion comes from the head down too. So do respect, understanding, listening to different viewpoints, acceptance, humility, self-control, and decorum. To make America great again, it takes leadership who values all Americans — including those with whom they disagree. I need to do my part by modeling the type of American I feel we should be.