A sense of place

My novel The Remainders will be published by Black Rose Writing on September 2, 2021. I will describe my book in this series of posts. You can read other posts in The Remainders category on my website. Also follow me on Facebook, Instagram, Twitter, and TikTok to learn more about the book.

Twenty-five years ago today, our family moved into our home in Lake Forest, California. It is the longest place where any of us lived. (I’ve even been here longer than I’ve been in Reseda.)

Place has an important part in storytelling. Stories must happen somewhere, whether it is at Hogwarts, Narnia, a galaxy far, far away, or a suburb in the San Fernando Valley. Setting shapes the outlook of the characters, defines the type of action that can take place, and offers some insight about the world the reader lives in. For my books, I’m drawn to the places where I’ve called home. Those places define who I am as a person and a writer, so they shape the stories I tell.

The suburbs where I’ve lived my entire life are a strange US invention. Products of the post-World War II boom, they were enabled by freeways and defined by redlining. Flat farmland was turned into tract houses in planned neighborhoods with straight streets lined with well-spaced houses with ample lawns. We had neighborhood parks and schools, along with convenient shopping centers. And they were “safe”—because racist covenants and restrictive policies kept “undesirables” out. But even as those restrictions were lifted and neighborhoods became more integrated, the class of people remained the same. The costs to purchase and maintain these properties attracted only people of certain incomes.

What interests me as someone who is steeped in suburban culture is the cost of living in such a society. We always feel we have to keep up. To make sure our houses look nice. That our children are well-behaved and make us look good on social media. This has become harder, especially in the aftermath of the 2008 financial crash and the 2020 pandemic. There is also the nagging realization that such a lifestyle is unsustainable, and it’s one we fear our children’s and grandchildren’s generation won’t be able to enjoy. We know this from the deterioration of our older suburbs.

This was what I saw in Reseda when I started writing The Remainders in 2016. A key part of the story takes place at the Reseda Theater, which has been abandoned since 1988. 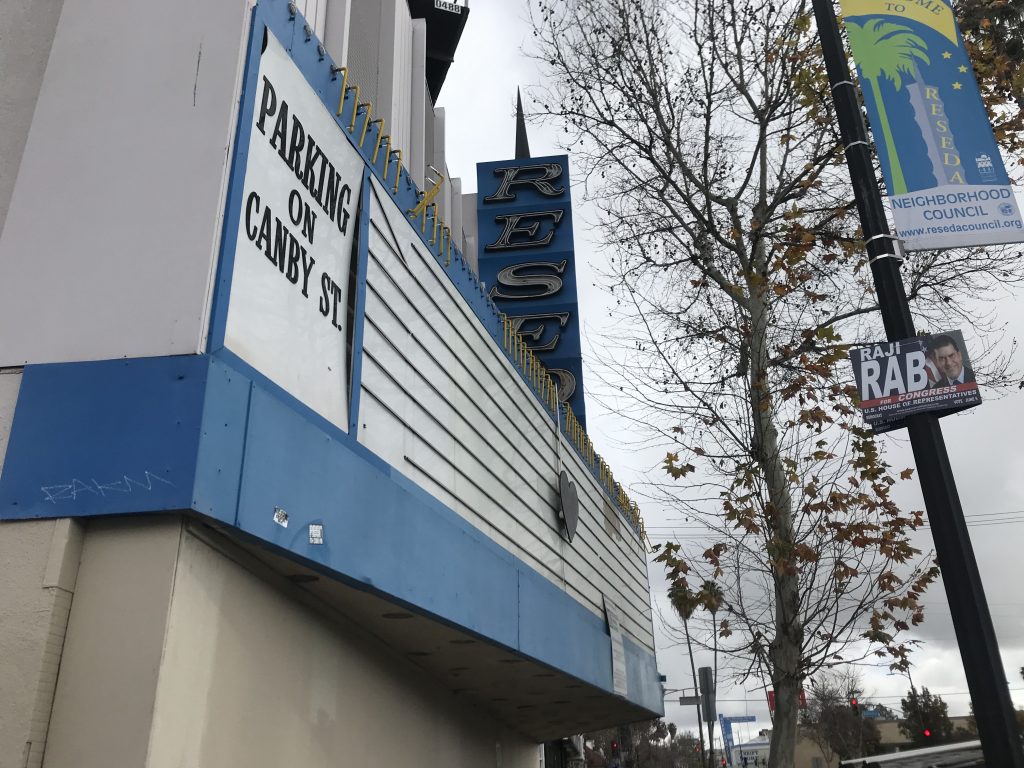 A single-screen theater became obsolete as new multiplexes opened nearby. There were attempts to save and reopen the theater, most recently by Laemmle Theatres. But with the pandemic and people’s growing interest in streaming, the future of the Reseda Theater remains unclear.

What drives my suburban characters is a similar fear of becoming obsolete, of having their weaknesses exposed, and of being discarded. This is the fate of one of my characters. (Edited to remove spoilers.)

I didn’t need to read the death certificate to know how [he] died. I had been after him for years to do something about his health. I prescribed him medications he didn’t take, suggested diets he didn’t follow, and recommended exercise programs that he would stay on for a week or two before quitting. “You don’t know what a busy, stressful life I lead,” he always told me. I knew. I didn’t know the details about his personal life, but I could see he had the same harried, anxious feelings I had. The sense of drowning, of not being able to keep up. That his best wasn’t good enough, no amount of money would pay his bills, and life was a dark tunnel with no light at the end.

Setting is an important part of The Remainders as well as my other novels. That’s why I included the place I grew up (Reseda) and the place I live now (Lake Forest) so prominently in my novel.

Let’s take a tour of one of the settings in my novel The Remainders, Heroes Park in Lake Forest, CA. #booktok #authorsontiktok #blackrosewriting

Look for The Remainders coming September 2 from Black Rose Writing. 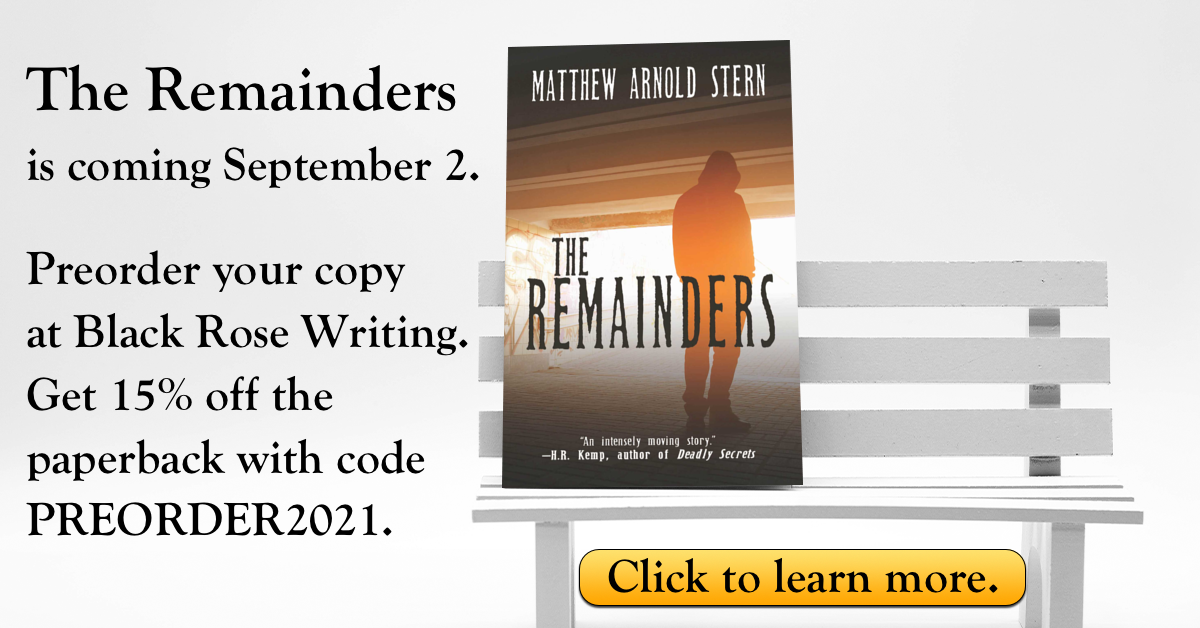