On 24 September, 1976, Mary Ann Henderson went to our class’ first football game, which was against San Fernando. She never made it home. 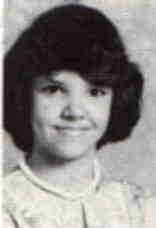 At the game, she met a boy who after the game, took her to the Agricultural area on campus where he raped and murdered her.

Mary Ann’s death had a great effect on us. Losing someone of our own age — and so terribly —  was devastating. It was especially painful to her friends who knew her at Sequoia and enjoyed being in art classes and working on the yearbook with her. Her memory will live on in the hearts of everyone who knew her and were touched by her loss.

We remember Mary Ann Henderson and all of our other classmates who are no longer with us. 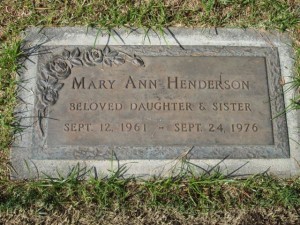 Read more about Mary Ann Henderson and her impact on us.