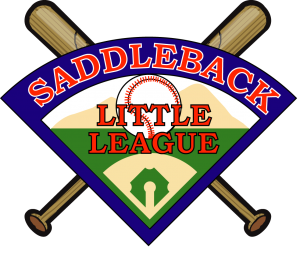 An open letter to the Boards of Saddleback and Lake Forest Little Leagues:

A merger? Probably was inevitable. Calling the merged league Lake Forest Little League? Not my preference, but the decision has already been made. Before you throw away the past too quickly though, here are a few things to consider — along with an idea.

“Throwbacks” have become a big business for pro teams. This season, the Clippers frequently wear the uniform of the old Los Angeles Stars, and other NBA teams are wearing ABA throwbacks as well. The L.A. Dodgers have worn Brooklyn uniforms. Last year, the Angels wore California and Los Angeles Angels uniforms for their 50th anniversary. Apparently, you’ve caught on to the throwback craze as well, judging by the uniform designs of some of your teams.

It seems that pro sport teams see the value of celebrating their past. It not only offers them more merchandise to sell, it also gives them a sense of history and continuity. Why do you think the Atlanta Braves put 1876 on their patch when they’ve only been in Atlanta since 1966? Even though teams change cities and names, they still can offer a sense of tradition.

If professional sports teams see the value of celebrating the past, why can’t a Little League?

With the rate of change in today’s society, we can all use a sense of continuity and stability. Children need it most of all. When today’s cherished electronic gadget becomes tomorrow’s obsolete paperweight, and today’s pop idol becomes tomorrow’s drug-addled has-been, our children need something that lasts. Something that they can pass on to their children, just as their parents passed it on to them. An heirloom. For many people, including my family, baseball is an heirloom — a tradition passed on from one generation to another.

So, here’s my idea for the merged Lake Forest Little League: One Saturday during the season, have an Heirloom Day. Invite former players, coaches, and Board members of both leagues to come out and have a reunion. They can display their old uniforms, championship pennants, and photos; share memories; and give tips to today’s players. Have an Old Timer’s Game. Fire up the barbecue and sell some hamburgers. This could be a great fundraiser. More importantly, bring out the Saddleback Little League banner and remind people that youth baseball in our community has a long and storied past — even before there was a Lake Forest.

Change is necessary and often good, but the past is too valuable to throw away. Let’s follow the examples of professional sport teams who celebrate their past and use it for their benefit.