My next big thing (and Gwen Perkins’) 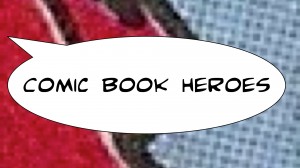 Novelist Gwen Perkins got tagged for the Next Big Thing. (Her next big thing is her new novel The Jealousy Glass coming December 1. Order your copy on Amazon.) She asked others to share about their work in progress. Mine is my screenplay. So, here are her questions about my next big thing (which I adapted so they apply to a script).

What is your working title?

Where did the idea come from?

From my struggles in mastering the writing process. I think about how writers pour so much of themselves into their work and the difficulties they have in shaping it into a readable form. Even with these challenges, a writer can’t bear a life without writing. I imagine that this is as true for writers at the top of their game as those trying to make a name for themselves.

So, I set my story in the world of comic books and graphic novels because they’re all the rage now. My screenplay is about the dreams of those seeking to make it in this world and those who were on top — and fell off.

What genre does your work fall under?

What actors would you choose to play the part of your characters?

Jillian Bell, Shiloh Fernandez, Eric Stoltz, and Nicolas Cage for starters. If I named any more, I’d have to become a casting director.

What is the one-sentence synopsis of your script?

Four college roommates go in search of their favorite graphic novelist who has disappeared.

Will your work be self-produced or represented by an agency?

Unless I get several production camcorders, a copy of Final Cut Pro, a film school degree, filming permits, actors, a composer (although I already know one), a distribution deal, and lots and lots of money, I better find an agent. (If you’re interested, please contact me.)

How long did it take you to write the first draft?

A month. The rewrites take a lot longer.

What other movies would you compare this story to within your genre?

Little Miss Sunshine, Juno, Napoleon Dynamite. All independent films with quirky characters you can care about.

Who or what inspired you to write this script?

Watchmen, because it is a thought-provoking comic book that shows superheroes as real people.

What else about the work might pique the viewer’s interest?

My main character lets her true self come out only when she dresses like her favorite superhero.