Is there a right way to write a novel? 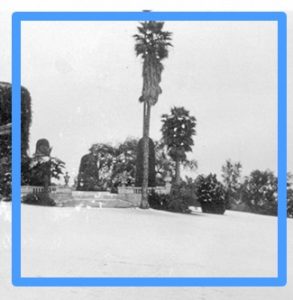 During Fun A Day Reseda 2019, I’ll take breaks from writing my new novel, Snow in Los Angeles, to share with you themes and other insights from writing this book.

A question that often comes up among new writers on Twitter is, “Is there a right way to write a novel? Is it better to be a planner (who develops the structure and characters before writing) or a pantser (just start writing and develop the story as you go along)? How much backstory should you give a character? Is it better to start at the beginning or create the ending and work backwards?” They want to know if there is a methodology for writing a novel.

Methodology is important in my job as a technical writer because we have to work with a variety of teams to ensure accurate documentation. In fact, I maintain a help system with 175 topics just to describe how to tag and generate documentation with DITA. When it comes to my fiction writing, my process is more nebulous. Here’s why.

I am more of a planner than a pantser. I come up with the structure of the story and have ideas of where to put plot points and how I want the story to end. If I think of a good scene while plotting, I’ll add it to the outline. With Scrivener, outlines are easy for me to set up and rearrange.

The rearranging part is important because once I start writing, all bets are off.

For starters, I find that my characters have a life of their own. They go in different directions than what I intended when I developed the story.

At this point of writing Snow in Los Angeles, I don’t know if a male and female character should fall in love. There’s the question of whether such a relationship can develop organically from these characters based on the story. Right now, their relationship seems more platonic. I don’t want to force it into a romance because that’s what is expected. There’s also the question of whether a romance is really the message I want to send. Snow in Los Angeles is about a family dealing with grief and rediscovering their self-worth. I don’t want to tack on a romance as if a woman can only find value by being with a man. Yuck!

Structure also gets upended as I write. I threw out an entire chapter because it took too long to get to the inciting incident. I moved around plot points because one major conflict should take place later in the story, and a minor one would be more appropriate earlier on.

My writing process for Snow in Los Angeles is different from the one I used for The Remainders and Amiga. Snow in Los Angeles is written in third person because it covers members of an entire family and includes scenes that wouldn’t be known to any of those characters. The Remainders and Amiga are both in first person. The Remainders tells the story from the point of view of the two main characters, and Amiga has the same person tell the story from her past and present. Each story required different approaches to storytelling, developing character, and building plot.

There isn’t a single approach to writing a novel. Every novel is different, and you need to find the approach that works best for your work. Be willing to experiment and let the story take you where it needs to go. Don’t feel you’re locked into a structure or a predetermined ending. Allow your characters to surprise you, just like you want them to surprise your readers.

To answer the question if there is a right way to write a novel, my answer is, “Whatever way enables you to finish it.”