Me Minus Appendix (Part 2) 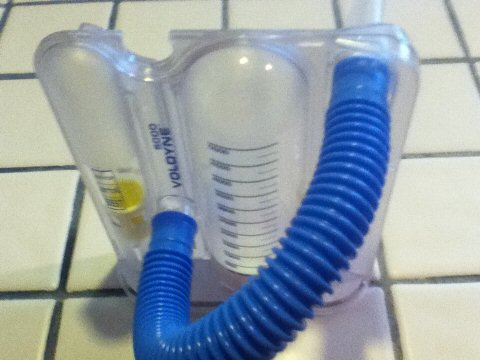 After my surgery, I spent the next three and a half days in the hospital. It would be a greater ordeal than the operation itself.

For the first two days, I couldn’t eat and didn’t have the energy to move. I was hooked up to a number of tubes. I had an IV with a sack of saline fluid and an antibiotic feeding into it. I had another tube inserted into my abdomen that drained out the remaining fluid from where my appendix had been. Because I couldn’t urinate on my own, I had another tube inserted into the most uncomfortable place imaginable. Nurses wrapped a device around my lower legs that pumped them so I wouldn’t get blood clots.

Pain and discomfort attacked me from a number of angles. There was the pain of the surgery itself. Those incisions in my abdomen made everything difficult, even breathing. Sweat covered me, but it wasn’t from the heat. It was the illness oozing from my glands, and it had an acrid odor. My hair felt like a thick greasy clump on top of my head. Because I hadn’t shaved since I became ill, a rough beard scratched out of my lower jaw. Although I have a few gray hairs on my head, this beard had patches of white. Even my hair was ill.

I needed medication to get through the pain. I don’t recall what it was, but it was a mild hallucinogen. One night, I thought the IV machine was talking to me.

Despite my pain, my nurses insisted that I move. Move my ankles to keep my blood from clotting. Practice breathing into a volumetric exerciser to keep my lungs from filling with pneumonia. Get up and walk to reactivate my body and get it healing. It was hard those first few days. I had to schedule when I was next going to move. Just sitting up in bed required several steps to minimize the pain and the stress on my incisions. Walking was even more arduous. A nurse had to unplug the IV unit from the power outlet from the wall, unhook my Foley bag from the bed and hook it on the IV unit. I clung on the the IV unit as I shuffled down one end of the hospital hallway to the other. Although I normally walk for 30 minutes several times a week, I considered it a triumph just to make it down the 100 feet (30.48 meters) from my hospital room to the end of the hall and back.

It was those minor victories that kept me going. Another one was passing gas. My doctor wouldn’t let me eat until I could pass gas so they know that my digestive track was working again. I was so happy when I was finally able to do it, I felt like Terrance and Phillip from South Park. My reward was a bowl of chicken broth and orange gelatin. After not eating for two days, it tasted like steak.

Still, being in the hospital was like being in jail. My life was not my own, and I was dependent on others for everything. I could be awoken at any time to get my blood pressure checked or have a bag changed or drained. No privacy. No dignity. Nothing to do for stretches of time except watch the Food Network. (It helped me get through the days I couldn’t eat.)  But my jailer was my own body. I couldn’t make my body heal any faster. All I could was to keep walking, keep breathing, and wait.

My body healed bit by bit. I could walk longer and eat more. I was able to cut down on the pain medication. Finally, the doctors and nurses took the tubes out, and I was free to go home. For the first time in four days, I was able to step out into the sunshine and be back in my own house.