“Let’s be human to one another.” 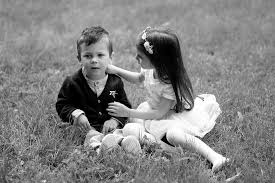 As an American, I dread the next few months. We are in the midst of the most divisive and vitriolic presidential elections in my lifetime. The ugliness that has been spouted by politicians and partisan media has been soaked up my friends. People I usually respect are now posting articles on social media I find reprehensible. I’ve tried keeping my cool and refused to unfriend people I disagree with. But it’s getting harder to keep quiet as campaign rhetoric sinks to unfathomable depths of offensiveness.

That’s when I found a post on Urban Confessional by Benjamin Mathes.

He tells a story of when he was at the recent Republican National Convention in Cleveland. He met a woman who not only opposed legal abortion, she felt women who had one should be arrested for murder. Instead of arguing with her, he asked her a simple question, “Will you tell me your story?  I’d love to know how you came to this point of view.” Her answer and the exchange that followed are deeply moving and well worth reading.

Benjamin’s story seemed to validate something I posted in a Facebook discussion. In Steena Holmes’s Facebook group, she talked about how she walked away from several difficult conversations. She wrote, “I’m walking away from those conversations not because I don’t feel my point isn’t valid or because I’m not willing to ‘agree to disagree’ but because I have better things to do with my time. Like congratulate a friend, like ‘be’ a friend, spend time with my child, watch a movie I’ve been waiting to see and write…all things that deserve my time and energy more than disagreeing with something here on [Facebook].”

I replied, “This is important advice for us in the US…Let’s have our opinions, but let’s be human to one another.”

It’s too easy for us to get caught up in the rhetoric and ideology. Our passions drive us to say things we’d never say to a stranger, let alone a close friend. Perhaps this is what politicians and pundits want. To drive us away from each other so we cleave closer to them. To make us block out different views so we’re more blindly accepting of theirs. To divide us so they can conquer.

We don’t have to be this way. By being human to one another, we can have meaningful and productive discussions. We can understand, compromise, and work together. When we set that standard for ourselves, we will demand it from our politicians.

We can get through this painful election season and resist efforts to divide and control us. Let’s be human to one another.