My life in presidencies 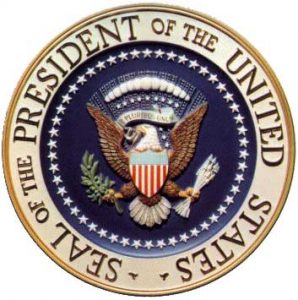 On Friday, the 11th presidency of my lifetime will start. I don’t like to think I’m that old, but I have lived through 55 of the most interesting years in American history. Here’s a rundown.

Of those 11 presidents, 5 have been Democrat and 6 Republican.

Two presidents got elected without a popular majority.

In my lifetime, California went from Republican to Democrat, and the South went from Democrat to Republican.

I’ve seen two impeachments and the resignations of a president and vice-president.

Of my 55 years, my country has been at war for 27 of them (not including police actions, military advisors, proxy wars, and peacekeeping missions). None of these wars were formerly declared.

I’ve seen 18 minutes of blank tape, a stained dress, Iran-Contra, and plenty of politicians and cabinet members resign in disgrace.

I have seen made into law despite strong opposition: voting rights, civil rights, bans against discrimination, environmental protection, Medicare, Medicaid, reproductive rights, legalization of marijuana in a growing number of states, interracial marriage, and marriage equality. And have fun trying to overturn the Affordable Care Act without a viable alternative. You’ll be looking for jobs as lobbyists or guests on Dancing with the Stars after your next election.

I tell you this not to comment on my past, but to give hope us for the future.

I’ve been through some of the scariest times in history. I’ve seen periods of civil unrest, political violence, terrorism (both foreign and domestic in origin), economic collapse, and the world on the brink of nuclear annihilation. I’ve been through Watergate when the press was targeted, we distrusted the FBI and our intelligence agencies, and we felt our whole political system would fall apart. We got through those times not with wishful thinking or blind obedience, but with vigilance and a desire to make America as good as we believe it is. We need those things to get through whatever lies ahead. We must demand the best of whoever occupies the White House and whatever party is in the majority. The government works for us based on principles our Founders set over two centuries ago. It is up to us to ensure it continues that way.

No matter how many presidencies we go through in our lifetimes, we must make sure that they serve us well.