What a Prius can teach you about change 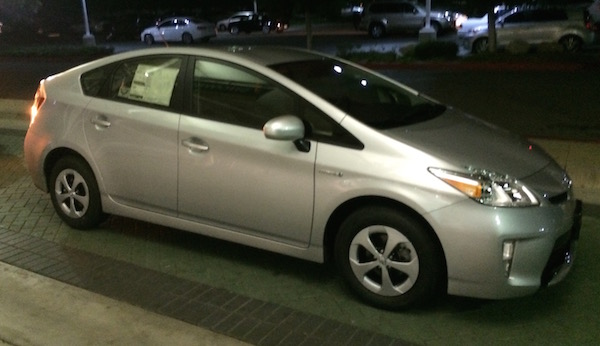 My brother writes about cars in our family. However, I learned a valuable lesson about change from the purchase of a new car — and the reason for buying that car. The hardest part of learning is unlearning what you already know. Change is about letting go of the familiar and embracing something new.

Most cars make it clear that you are operating a machine. You insert and turn a key in a lock that lifts a series of tumblers that gives you access to your vehicle. After putting on your seat beat, you insert that same key (or a different key, as was the case of the first cars I drove) into the ignition switch. With a turn of the key, you get the “chi-chi-chi-chi-vroooom” that assures you that the engine has started. I never drove a stick, but even automatic transmissions give you the sense that you’re “putting your car in gear.” You depress a button, which disengages a lever, which aligns a series of gears so the wheels can turn in the direction you want to go.

I’ve had this experience with every car I’ve driven for the past 38 years. Then I bought a Toyota Prius.

The Prius has a smart key that you keep in your pocket. The car senses when you have that key and unlocks the driver-side door. All you have to do is pull the handle. After you put on your seat belt (that part hasn’t changed), you start the car by pressing a button. Then — silence. The only indication the car has started is that the dashboard turns on. Your transmission shifter looks a joystick from an arcade game. It feels like one too. You flip it to drive and — silence. The only indication you’ve shifted gears is that the indicator on the dashboard changes and when you press the accelerator to move the car forward.

With the Prius, I had to learn a new way of driving a car. I had to drive without the sounds and sensations I’m used to. I had to pay attention to how I drive so I can get the best mileage from my hybrid engine. When I was ready to shut off the car, I had to stop reaching towards the side of the steering column for keys that are still in my pocket. Driving stopped being an automatic, unthinking task. I have to become a more mindful driver, which is also making me a safer driver.

Driving a Prius is a good change, but a big one. So was the reason for getting the car. 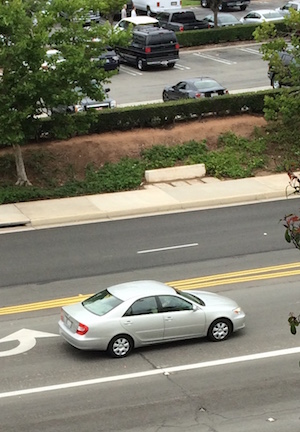 My daughter got her driver license. She held off on getting it because driving is expensive where we are. However, you can’t get around in our area without a car. When she got her license, it was a great confidence boost for her. It gave her the freedom she always wanted.

Still, it was hard for me to watch her drive off in our old Toyota Camry. It seemed like yesterday that I was installing childproof latches and outlet covers, keeping an eye on her as she learned to walk, and worried when she was out too late with friends. Now, I was entrusting her with 3,000 pounds of rolling machinery — and the independence and responsibility that goes with it.

The proudest and hardest part of a parent’s life is when we realize our child has become a self-sufficient adult. The children we used to feed and diaper can take care of themselves. Adult children will always need our love and support, but they need to take the wheel of their own lives. And as parents, we need to let go and let them take it.

It’s a good change, but a big one. Just like driving a Prius.