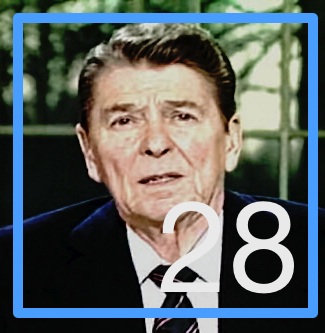 I’m not a fan of Ronald Reagan, but his speech in the aftermath of the Challenger disaster was one of the best I’ve ever heard. It struck the right tone in the aftermath of a national tragedy. More importantly, President Reagan provided the best response to any setback or defeat, “The future doesn’t belong to the fainthearted; the future belongs to the brave.”

When confronted with defeat or heartbreak, most people give up. “Why should I try when I’ll only wind up being disappointed.” It’s easier to settle for mediocrity than to risk the pain of failure.

The desire to give up was present in the aftermath of Challenger. “Why are we risking people’s lives sending them off on some wild adventure? In fact, why are we wasting money on space exploration at all? Don’t we have enough problems here on earth?” The same sentiment surfaced after the Apollo 1 fire in 1967 and the Columbia disaster in 2003. But if we gave up on space exploration after any of those tragedies, there would be no moon landinga, no International Space Station, no Mars rovers. We wouldn’t be discovering new planets in other solar systems, many of them with the potential to harbor life. We wouldn’t reap the benefits of space exploration, including digital cameras and audio, Kelvar vests, personal computers, and GPS. All the technologies that we enjoy today are the results of those who didn’t give up when it was easy to do so.

If you strive for success, you are likely to fail. Sometimes, those failures are painful and humiliating. Sometimes, they will feel like you will never recover. It may take all of your courage to get back up after such a fall. If you do, and you learn from the experience, you may find the opportunity that will enable you to achieve your dream. But you won’t find that opportunity if you give up.

The future does belong to the brave, because it takes bravery to keep going with others would quit. But the ones who persevere are those ones who achieve great things for themselves and the world as a whole.