Can anyone be president? 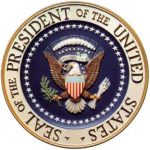 In the United States, we tell our children that they can be anything they want, including president. But this past year has shown us that just because almost anyone can be president, it doesn’t mean they should. Now, Oprah Winfrey’s name is being floated as a possible presidential candidate in 2020. Before we can decide whether or not she’d make a good president, we have to figure out what qualities a good president should have.

The Constitution specifies certain requirements, but these are a lot less stringent that the qualifications for any other job. You don’t need a certain level of education or previous work experience in the field. You don’t need to pass a drug test. Any other expectations we might have had about a president’s qualifications were brushed aside by the current occupant of the White House.

This doesn’t mean we can keep giving the job to anyone who can afford an expensive campaign and says what we want to hear. We don’t pick someone at random to do surgery on us. We even expect fast food workers to have enough training to prepare our food safely. Why can’t we set standards on who’s qualified to handle the nuclear launch codes?

Just like any job applicants, candidates for President of the United States should show that they can handle the job. Here are a few ideas of ways presidential candidates can prove their qualifications in the future.

At the same time, we need to step up our game as citizens so we can select the right candidate. We need to educate ourselves about the functioning of government, learn to separate real news from fake, and not get so easily swayed by social media comments and our own biases. We must also realize that presidents aren’t omnipotent creatures appointed by God who can control everything from the stock market to the weather with a stroke of a pen. Leadership is a service, and the president serves us.

There is nothing elitist or undemocratic about expecting someone to know how to do a job before giving it to them. We should expect competency from a president just as we do from a janitor.