An homage for Mr. Oliphant 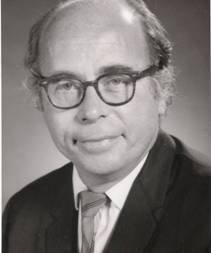 While The Remainders is being considered for publication, I will post spoiler-free commentaries about the issues and themes I cover in the book. This is the third installment of the series.

In The Remainders, I have a character named Mrs. Cimino. She doesn’t have a piano (but she has a whole lot of other problems). She is an homage to a teacher at CSUN who encouraged my writing career at a time when I needed it. He was Robert T. Oliphant.

When I took my first creative writing class with Mr. Oliphant (as we called him then) in 1982, I was going through a period of uncertainty about my career goals. I wanted to be a writer since high school, but I started having doubts after my mom’s stroke. Those doubts grew as I had to leave UCLA for financial reasons and went to CSUN.

I thought I should have a more practical career, one with a dependable salary. I decided to go into accounting. I took a bookkeeping class, and a friend got me a job working as a bookkeeper for a CPA. I considered changing my major to business. I was good enough in finances and learned skills, such as doing tax returns, that benefit me to this day. Still, I didn’t enjoy working with numbers all day. I was a word person, but writing seemed too impractical a career goal.

I wanted to take a writing class anyway, so I signed up for one with Mr. Oliphant. He wasn’t like any college instructor I ever had. He always wore a corduroy sports coat with the elbows coated with chalk dust. We called him “mister” instead of “professor.” And part of the class was meeting him in person during office hours once during the semester. This was a shock for me coming from UCLA with 500-seat lecture halls where you’d be lucky to see a TA, let alone a professor. (Besides, one of my professors at UCLA will soon be featured in a movie.)

Mr. Oliphant’s approach to teaching writing was simple. We would complete a writing assignment, present our work to the class, get their comments, and use those comments to revise our work. At the end of the semester, we would turn in a binder with our original and revised drafts to Mr. Oliphant. He would joke that he wanted those binders to show the taxpayers of California that students were actually doing work in his classes. Some of my classmates grumbled that Mr. Oliphant wasn’t doing any “real instruction” and that he wasn’t teaching us what good writing is supposed to be. But I quickly realized that Mr. Oliphant was teaching us valuable lessons about writing. If you want to be a writer, write! If you want to be a better writer, use the feedback you get from others and improve your work!

Mr. Oliphant also taught me an important skill about promoting your work. To support A Piano for Mrs. Cimino, he wrote op-ed pieces in the Los Angeles Times about Alzheimer’s disease and rights for the elderly. He established himself as an expert in those fields and used his insights to promote his novel. His efforts worked. His book became a bestseller, was included in a Reader’s Digest Condensed Book in 1980, and was made into a TV movie starring Bette Davis.

More importantly, Mr. Oliphant inspired me to get back into writing as a career. A few months after I took his first class, my dad connected me with a friend who needed scripts for educational audio tapes. Later in 1983, I got my first writing job in the computer industry. It led to a technical writing career that has continued for over 30 years, along with writing magazine articles and books. I was able to develop a practical career as a writer.

Mr. Oliphant died in 2014. I regret that I didn’t stay in touch with him after I graduated from CSUN. I would have loved to have given him one of my books to go with those binders of my college assignments that are possibly in storage somewhere. I can still thank Mr. Oliphant by paying homage to his best-known work.