How stereotypes are created 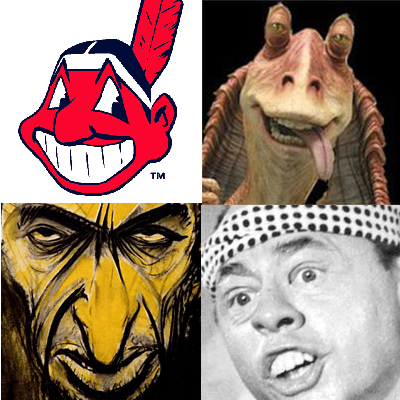 In my novel Doria, I wanted to explore how societies get split apart and what can be done to bring people together. One of the things that divides us are the preconceived beliefs we have of each other — beliefs reinforced by stereotypes. The 20th anniversary of the L.A. Riots, along with recent events, remind us of the tragic consequences when people take stereotypes to their extremes. So, it is important for us to know how stereotypes are created so that we know how to combat them.

There are three main sources of stereotypes:  oversimplification, applying behaviors of some on the whole group, and outright lies.

We should know that Asians don’t have yellow skin, Native Americans don’t have red skin, Africans don’t have black skin, and Europeans don’t have white skin. (And if you see anyone with yellow, red, black, or white skin, they have a serious medical condition and need to see a doctor immediately.) Yet, we stick with these color labels because they are easy ways to describe people. Easy, but inaccurate. (For example, there are African Americans who have lighter skin than some Caucasians.) These terms aren’t just inaccurate, they’re offensive. We know that “red man” and “yellow man” are slurs, and the Latin word for black — niger — is the root of the most offensive slur of all.

Why are these slurs? When we oversimplify how we describe people, we strip them of their humanity. Call someone a European, or an African, or an Asian, and you say that person has a heritage, a culture, and an identity. Call that same person white, black, or yellow, and you’ve taken that away. You base that person’s identity on only one characteristic — and an inaccurately defined one at that.

Applying the Actions of Some on the Whole

There are Asians who are bad drivers, gay men who lisp, and Irish who get drunk. Does that mean they all do? Of course not. Yet, these are the basis of stereotypes.

A number of stereotypes come from behaviors that were imposed on that ethnic group. Take watermelon. It used to be a joke in and of itself. My father had a book of comedy skits that was published in 1936. Some of the skits were simply introduced as “A watermelon feast.” Read that, and you automatically knew what was going to happen: African Americans (or more precisely, Caucasians with blackened faces and burned cork) wearing tattered clothing use lazy jargon to show how stupid they were. So, how did watermelon come to be associated with African Americans? Because that was what they ate as slaves. Then, who gave them the watermelon? The same people who make fun of them for eating it.

As bad as those stereotypes are, they are not nearly as destructive as when someone of an ethnic group commits a violent act and all members of that group get blamed for it. Even people who look like they may be part of the group get attacked. This is what happened to Balbir Signh Sodhi, a gas station attendant who was attacked and murdered in the days after 9/11 because he was thought to be a Muslim. He wasn’t. He was a Sikh, but he was killed because he wore a turban. (None of the 9/11 hijackers did.) This is an example of a stereotype brought to a murderous extreme.

But the stereotypes that do the most destruction have the least to do with reality. These are outright lies, and they are designed to incite mobs to violence.

The best known of these is blood libel, the false accusation that Jews kill Christian children so they can use their blood to make matzah. Never mind that the Torah specifically forbids human sacrifice or the consumption of blood. (For kosher meat, the blood is drained away.) Still, blood libel led to violence against Jews throughout Europe and the Middle East, even into the twentieth century. Unfortunately, accusations of blood libel continue today.

What We Can Do

If stereotypes can be so destructive — and even lethal — what can we do about them?

We should educate people about the dangers of stereotypes, but pointing them out only gets us written off as being politically correct. We get accused of being “overly sensitive” and are told, “We’re just having fun. We mean nothing bad with it. We’re not racists. It’s just tradition!” (Although lynching used to be considered a fun tradition too.)

Instead, the first place we have to begin with changing stereotypes is with ourselves. These beliefs become so ingrained in society that we may adopt them without realizing it. Do you find yourself tensing up when an African American teenager approaches you on the street? Do you say something is weak or unpleasant by saying, “That’s so gay!” Or accuse someone of trying to “Jew you” when they overcharge you on a sale? Check your own words and feelings first.

Next, we need to stop contributing to the problem. Stop supporting sports teams with offensive names. Stop watching current TV shows and movies or buying products with advertisements that make intentional use of stereotypes. We may be able to let Stephen Foster, Geoffrey Chaucer, and Charles Dickens off the hook as products of their times, but artists today have no excuse. (And a reminder to writers, stereotypes aren’t just offensive, they’re poor storytelling.)

Then, we need to start interacting with people from different races and cultures. Facebook, Twitter, and other social networking sites make it easier to connect with people around the world. By meeting different types of people, we can break down our preconceived beliefs as we learn from each other and see each other as fellow human beings.

In Doria, I describe how individuals can change the way society behaves. The small things we do can lead to big changes. We can battle stereotypes through awareness and making changes in our own behaviors. As Gandhi said, “Be the change you want to see in the world.”