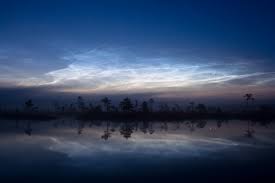 The Flying Nun seems to confirm all the stereotypes we have about the 1960s. What else besides massive drug use can explain its basic plot of a nun with aerodynamic headwear who can fly around Puerto Rico when the wind is right. (Sure, the show was based on the book The Fifteenth Pelican by Tere Ríos, but still.)

Yet, as a child in the sixties, I loved that show. My mom bought me the soundtrack album that featured Sally Fields singing, “Things are always darkest before dawn.” Fifty years later, that song still has special meaning — especially now.

Optimism today seems as ridiculous as naming a character Sister Bertrille. But when times seem bleak, it may be the only thing we have to sustain us.

I think about my mom during her stroke. Even when her prospects for recovery seemed hopeless, she still went to therapy, still pushed herself to do more around the house, and still dreamed of becoming independent again. She recognized the severity of her situation. She told me that she knew she would die soon. Sometimes, she would become depressed and cry. Then she would say, “Enough is enough” and go back to what she was doing.

She never recovered, never became independent again, and her situation got worse when her leg had to be amputated because of blood clots. But she lived long enough to meet the woman who became my wife, attend our wedding, and watch my brother and I make lives of our own. She survived for 13 years after her stroke — longer than she would have if she gave up.

Sometimes, the only thing we can achieve is to survive. We may be dealing with an energy-draining illness from which we may never fully recover. Or a job with an abusive boss, backstabbing coworkers, and unrealistic demands. Or just the endless barrage of outrageous news that makes us wonder about our future. And if we can go to bed knowing that we made it through the entire day without giving up, giving in, or letting the bastards get under our skin — that is a victory. Even if the dawn brings another day of torment, we have the strength to get through today knowing that we got through yesterday.

This is why we must believe it is darkest before dawn. Each dawn gives us the opportunity to begin again. When hope is faint, just knowing that a new day is coming is enough to keep us going.