The limits of agency 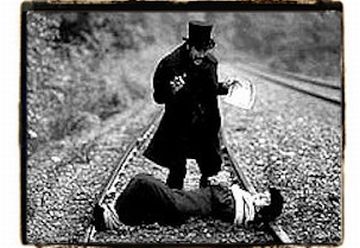 Agency. You probably heard this term in regards to fiction writing, but it is also discussed in politics and social issues. Agency is the ability of people to act for themselves.

In fiction, characters with agency are active participants. The outcome of the story depends on their decisions and actions. This can make stories more interesting and believable. Instead of depending on a fairy godmother, Cinderella finds a way to get to the ball herself. Agency can help prevent stereotypes that lock characters into acting in certain ways because of who they are. So, agency is a good thing in fiction.

But what happens when characters don’t have agency?

The damsel in distress is one situation when a character doesn’t have agency or his or her agency is severely limited. Children also have limited agency because of their age and stage of development, and they must submit to adult authority at home and school. People may also have limited agency because of their economic circumstances, or because of their gender, ethnicity, or sexual identity. (This is why agency is a hot-button topic in politics.) Agency can also be hampered by illness, physical impairment, or a behavioral tic. Some characters have their agency restricted or shut off completely as a consequence of the choices they made.

I think a character with limited agency would make for a fascinating story. What do you do when your choices are limited? How do you triumph when everything is stacked against you?

However, it seems that society in general is afraid of a lack of agency because we find ourselves trapped in a world that has gone out of control. As a result, we turn to popular entertainment that engages in wish fulfillment.

We like superhero movies because those characters have an abundance of agency. They can even destroy entire cities without consequence because it was necessary to save the earth. We like dystopias (with or without zombies) because some character with agency comes along to set things right. Children have supernatural powers and can outwit (and must eventually save) the dimwitted adults around them. Disadvantaged people find some wealthy white benefactor who gives them a lucky break. All women are whip-smart and kick ass even when wearing heels.

An abundance of agency can be as unrealistic as having a fairy godmother wave a wand. If characters can solve all of their problems themselves, where is the challenge and the opportunity for growth? The need for agency also replaces one set of stereotypes for another. We are afraid of showing a group of people as weak and vulnerable, so we overcompensate by making them too powerful. This makes stories less interesting and heroes seem less heroic.

We all run into situations when our strength fails us, when we find ourselves at a dead end, and when we are ready to concede defeat. We find things we can’t do because we’re too young or too old, born into the wrong society, or stuck in the wrong set of circumstances. Some limitations can’t be overcome, and all we can do is make the best of our situation, even when we find ourselves completely powerless. I think it would be more helpful to audiences to show characters in those situations — and more inspiring when those characters get out of them.

So, don’t be afraid to limit a character’s agency. Show him in a no-win situation, or show her getting captured with no way to escape. This would make stories more realistic and engaging. It would also provide a more useful and inspiring message at times when we feel trapped and hopeless.