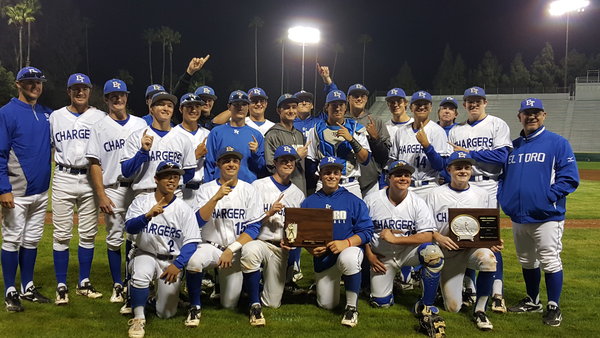 It has been six years since I was president of Saddleback Little League. My tenure there produced an opening day speech I never gave, but people seem to like. It also left me with some lingering doubts as the years passed.

I took the job under difficult circumstances. As soon as we got through one crisis, we found ourselves with another. A number of board members wanted our league to merge with neighboring Lake Forest Little League. Others insisted that we remain our own league. I tried to give both sides a fair hearing. In the end, we didn’t merge. The board members who wanted the merger left. A year after I left office, Saddleback and Lake Forest wound up merging anyway.

In the years since I left baseball, I wondered if I made a mistake in keeping Saddleback Little League independent for those three years before the merger. I also wondered if I made a mistake accepting the presidency in the first place. It was something my son didn’t want me to do. I had to make decisions that were against his best interests, but they were for the good of the league as a whole. This was little consolation as I had to sit quietly as he faced disappointment. Although I took the job as president of Saddleback Little League with good intentions, we know what paves the road to hell.

Then, I came across an article in the Orange County Register about a pitcher on the El Toro High School baseball team who was named MVP of a recent tournament. The player’s name sounded familiar, and then I remembered that he played in Saddleback. Out of curiosity, I checked the roster of the varsity baseball team. It had other kids who played in Saddleback. They went on to play PONY and travelball, but that may have been necessary for them to move ahead in the sport. I know about other kids from Saddleback who went on to play other sports or played baseball at other high schools.

Being a parent is difficult in itself. We want to protect and nurture our children while teaching them to be responsible and self-reliant. Being a parent who volunteers in their children’s youth program is even harder. We want to provide our children a safe place where they can have fun and learn, but we have to provide the same experience for everyone else’s children. And we have to deal with parents who want their children to have a better experience, even if it is at the expense of everyone else. Dealing with parents is harder than dealing with the children.

But if parents don’t step up and volunteer, these programs wouldn’t exist. Someone has to take the lead, and someone’s child will have to be in the awkward position of watching their parent in that position. And that someone’s child won’t know how awkward and difficult it is for their parent as well. That child may discover this later when they become a parent and have to get involved in their children’s programs.

We can only do our best and make the right choices for the right reasons. It’s the same thing we do anyway as parents. Still, we will make mistakes, and our best ideas will fall short. We will wind up disappointing and angering people. One of them may be our own child.

In the end, we hope that we’ve done a good enough job that our children, and the others we served as parent/volunteers, will learn and grow. The fact the children from Saddleback Little League have gone on to do some good things, both in baseball and out, reassures me that my time as president wasn’t a complete mistake.