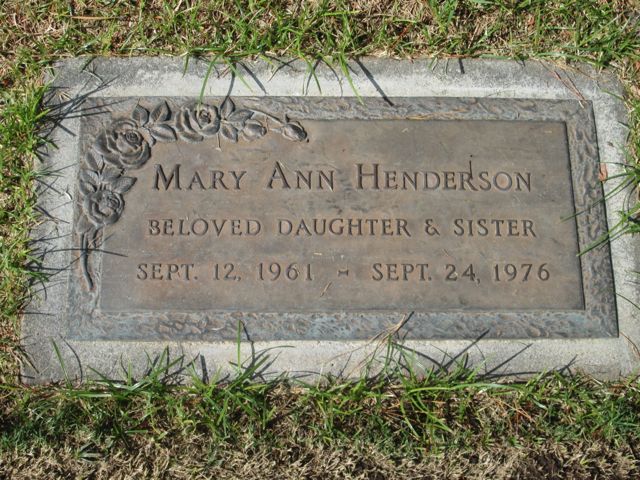 Another September 24. Another painful anniversary. And another question: Why remember a murder that happened nearly 40 years ago? Is it morbidity? A stubborn unwillingness to let go of a long-gone past?

If I didn’t remember, the only alternative is to forget. “You cannot invest in retrospect,” as my dad used to say. And I did try to forget. I thought I’d be able to forget when I moved from the Valley. When I started my current job on September 24, 2003, I thought it would finally remove the tragic association with that date.

I was reminded of it when my children approached adolescence. September 24 is every parent’s nightmare. The fear that you would see your children off to school in the morning and never see them again. The fear when you realize that you can’t protect your children from everything, especially from themselves. The fear that one unfortunate circumstance, one bad choice, one sudden action — and someone you love more than yourself will be gone forever.

I was reminded of it with every mass school shooting. In 1976, schools were a safe haven. What made September 24, 1976 such a shock to us was that it destroyed our sense of security. That feeling of safety doesn’t exist in schools anymore. And as another tragic September anniversary warns us, we aren’t safe anywhere.

I was reminded of it with every horrible thing said about women in general and rape in particular. Take Rush Limbaugh’s recent statement: “How many of you guys, in your own experience with women, have learned that ‘no’ means ‘yes’ if you know how to spot it?…[E]verybody knows in sex men don’t think with their brains. Not the one in their heads, anyway. It’s just so silly.” I would think by now that attitudes would have changed. Just because the calendar has advanced, it doesn’t mean people have.

Those are the main reasons why September 24 will always be a painful anniversary for me no matter how many good things may happen on that date. It’s not just a sense of loss, but a fear that never goes away. It’s not an event in the distant past, but a persistent problem that continues to this day. Her headstone may have the patina of age, but the horror is still real and present.

That’s why I can’t forget September 24 and why we should remember.