The worst cars I’ve ever owned 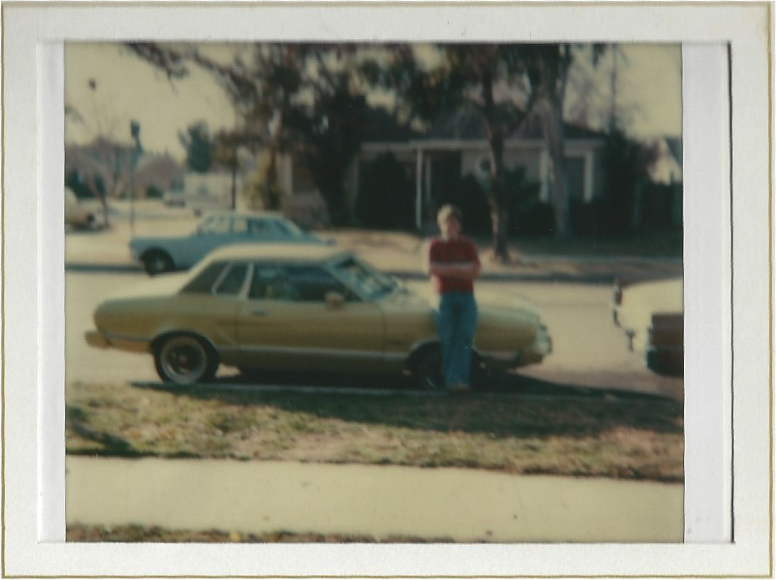 Forty years ago, I stepped out of the DMV office as a newly minted California driver. Since then, I’ve owned a number of cars to the Prius that I drive today. Not all of them were pleasant to drive. Here are the worst cars I’ve ever owned in 40 years of driving.

You never forget your first car, but mine is one I would like to forget. That 1974 Ford Mustang II was everything bad about mid-seventies American cars in a snot-green package. Ford attempted to squish a muscle car into a compact vehicle, and they failed miserably. This was an era when American automakers thought sporty can be luxurious (see Ford Thunderbird), so they slapped on a Ghia badge and an avocado green vinyl roof (which eventually peeled) and still had the gall to call it a Mustang.

Americans automakers downsized cars in the seventies to compete with fuel-efficient cars from Japan during the oil crisis. But my 2.3-liter engine only managed around 14 MPG. Today’s massive Ford F-150 truck can get better MPG than my dinky upscale Pinto. Add a performance-sucking catalytic converter, protruding bumpers, and shoddy reliability (at a time when I could barely afford gas, let alone routine maintenance), and you get a miserable driving experience.

Still, I thought I looked cool driving it to high school. Then again, I had long sideburns and bell bottoms.

After struggling with American cars, I decided to give Japanese cars a try. They’re supposed to be more reliable than American cars, right? Not this one.

My first warning on this used car was when the trunk lid wouldn’t stay open. “Don’t worry,” the dealer told me, “We’ll fix it for free.” They did, but it never worked right. The car also suffered from bad timing, as in, the head gasket started leaking when I was out of work. It sat in front of my house for a month until I could get the money to fix it.

What did in that hapless car was when I started commuting from Reseda to my new job in Irvine. It could only handle one of those drives, and it was done.

I replaced it with a 1984 Honda Civic DX hatchback, a workhorse that took those long commutes, the move to Orange County, trips to San Francisco and Las Vegas, and every amount of abuse I could throw at it. The Civic saved the reputation of Japanese cars for me, and we’ve owned at least one of them ever since. 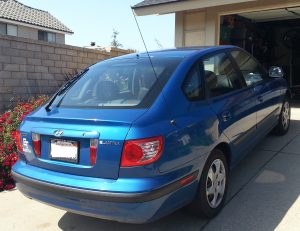 My first experience with Korean cars didn’t go as well. We bought the Elantra new because Hyundai has “America’s best warranty.” Boy, did we need it.

Within a month, the rubber started flaking off the steering wheel. We had to get it replaced. The car broke down twice because of cooling system problems. Then there were the persistent irritants. A seat belt that kept getting stuck. The front tires that kept losing air regardless of the condition of the tires and how much we inflated them. A tear that just showed up on the driver seat.

My son had the final say on the Elantra. On our way back from Disneyland, he expelled his overpriced Mexican dinner onto the floor of the back seat. The smell never went away.

I have some good memories of the Elantra. There was the season I managed my son’s Single A baseball team and used the trunk as a rolling locker room. There was also my proud papa moment when I put my daughter’s journalism club sticker on the back. But I wasn’t sorry to see it go. Just like I did with that awful 626, I replaced the Elantra with a Honda. (But don’t feel bad, Koreans. We have an LG microwave and Samsung HDTVs and a washer-dryer set.)

What was the worst car you ever owned? Please post it in comments.