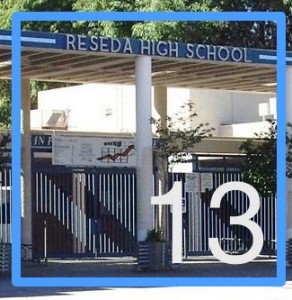 If you’re a triskaidekaphobe, this article is for you. It’s all about luck. (Unless you’re Andrew Luck, who didn’t have much luck against the Patriots in the playoffs.)

Is there really such a thing as luck? Ralph Waldo Emerson didn’t think so, “Shallow men believe in luck. Strong men believe in cause and effect.” Nor did Emily Dickinson, “Luck is not chance-/It’s Toil-/Fortune’s expensive smile/Is earned-”

We’ve all come across situations that feel like luck. You arrive five minutes after the store is supposed to close, but it is still open. You decide to stick a quarter in a slot machine for the fun of it, and it pays off. You miss getting on the train that winds up getting in an accident. Does that mean there is such a thing as luck?

My brother and I had a baseball board game called Longball. The game had cards for every Major League Baseball player that gave them each a rating in batting, fielding, and pitching. When a player came up to bat, you matched the batter’s rating with the pitcher’s rating and the ratings of any fielders involved with the play. The roll of the dice determined the outcome of the play. My brother and I figured out how the rating system worked, so we made up our own players and teams. We could tweak the ratings to determine which players succeeded more often than others.

I think that’s the way luck works. There’s always an element of chance in everything we do, but the outcome depends on what qualities we bring to the situation. If you have determination, a setback that would cause someone else to give up would give you the motivation to keep working. Two people may hit the jackpot in Vegas, but while one person squanders it trying to pursue another jackpot that never comes, the prudent person walks away from the machine, and saving the money for better use.

So, what are your ratings? What are you strongest at, and where do you need to develop? Remember that luck isn’t what happens to you, but what you do with whatever happens.