“What about the children?”

Our local Little League district has been in the news a lot lately, but not for happy reasons. At the start of the season, a league was suspended for a rule violation. Recently, another league had its All-Star team disqualified from a tournament, also because of a rule violation.

To most people, this is just the case of meddling/vindictive/incompetent/glory-seeking parents interfering in a children’s game. “Let ’em play!” the commenters post. Why should children suffer because of the actions of adults? We hear the cry, “What about the children?”

It’s time for some perspective.

Every day, children suffer because of the decisions adults make. Children have to watch their beloved school close because the school district can’t afford to keep it open. Children lose a parent who fought in a war on the other side of the world. Children go to bed hungry because their parents can’t find a job. Children suffer abuse at the hands of parents, teachers, coaches, clergy, and others who are supposed to protect them. Children die because of poor sanitation and lack of medical care.

People who are outraged by the disappointment of a dozen kids on a Little League All-Star team ignore actions that hurt millions of children around the world. Parents who would engage lawyers and threaten district officials won’t speak up about issues that affect the quality of their children’s education and personal safety. They won’t even volunteer to help in their children’s leagues (which could have kept their leagues from being penalized in the first place).

I’ve been a Little League president in this district, and I know the tremendous responsibility that job entails. I was responsible for hundreds of children. I had make sure all of them had a safe place to play and that we followed the rules to the letter to make sure our children wouldn’t be barred from playing. More importantly, I know as a citizen that I have a responsibility for children beyond my immediate family. I want to make sure children have a quality education, safe communities where they can live and play, and have an opportunity for a better life.

We can learn a lesson from these kids who had their Little League dreams crushed. As adults, children are affected by our actions. If we want to cry out “What about the children?”, we better make sure that our actions help children, not hurt them. 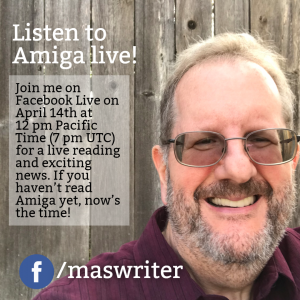