Back to our regularly scheduled programming? 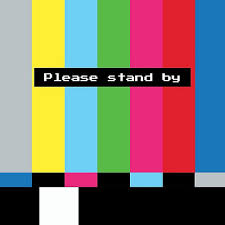 Like it or not, this is the new normal. And we have to live with it from this point forward.

I know that you may refuse to accept this situation as normal — just as I refused to accept when my mom had her stroke. I couldn’t reverse what happened to her and make things the way the were. I had to deal with what our lives had become.

Likewise, President Donald Trump has irrevocably changed the world. It doesn’t matter whether he’s booted out of office, all his worse policies were blocked and reversed, or he is visited by three ghosts in the middle of the night and decides to be a nice guy. Standards and expectations of politics and leadership have been rewritten. He changed how political campaigns are run, what candidates can say and get away with, and how they act when they get into office. Democratic norms and political decorum have been tossed aside. In international relations, he shook what were once considered unshakable alliances. The trust those counties had in us will take decades to rebuild, if they ever can be restored at all.

He has changed the culture. He has widened the chasm between different groups in our society, which was gaping to begin with. He undermined the confidence we had in traditional American institutions and values — from a free press, separation of powers, the vision of an American melting pot, and even our trust in free and fair elections. He and his staff have made lying acceptable and the truth suspect. Prejudices we were ashamed to have can now be spouted off unabashedly. We feel willing (and even compelled) to cast off the shroud of civility and bare our naked hatred for all to see.

His presidency has already shaped the world for years to come, and it will be studied by historians long after that. But things will never go to back the way they were before November 8, 2016.

For those of us who write and speak publicly, this is the world we have to navigate through.

How do we talk to people who refuse to listen simply because of who we are? How do we tell the truth to people who cling to alternative facts because they confirm what they want to believe? What happens to eloquence and precision when polish is distrusted as a sign of effete elitism, and crudity and the sloppy use of language are considered a signs of authenticity? And what do we do when some Bad Thing happens that makes free speech impossible or dangerous?

These are the issues we as writers and speakers have to contend with from now on. I will write my articles and books with those issues in mind. We must continue to write and speak honestly and fearlessly, but with the understanding that we now live in Donald Trump’s world. We can rail and rage against it, but we have to learn to function and stand up for our values and ourselves within it.

With that, we now return to our regularly scheduled programming.