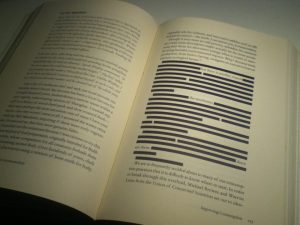 I started writing a post about how our love for dystopian and apocalyptic fiction may have contributed to the election of President Trump. I deleted the draft. Then, I began a well-researched post critiquing President Trump’s management style. I deleted that draft as well.

Yes, I was censoring myself — and Trump had only been president for a week!

Self-censorship is the worst kind, not only because it stifles our creativity and truth-telling. Self-censorship makes us question ourselves, our sanity, and our self-confidence. It tears at our souls. It’s gaslighting, the Ministry of Truth, and worse.

It starts as a nagging doubt. We shrug it off at first because all writers have them. It’s like the Hemingway quote, “The first draft of anything is shit.” The story doesn’t come together, or the points just don’t follow each other. We may find the whole document worthless and delete it. Or we decide there’s something good that we can make into something better. So, we press on.

Then another worry creeps in: How will people react to the piece? As writers, we want to connect with the audience and create something they would learn from and enjoy. But with self-censorship, we fear our audience. Even if most of our intended readers would agree with us, we worry about the dark corners of 4Chan and Reddit. The Gamergate crowd. The doxxers, hackers, and social media harassers. If we speak up, do we make ourselves a target?

If you are a journalist, activist, or celebrity, you can be brave. You know you’re already targets, but ones with a large corporation, organization, or a group of fans and supporters who have your back. But what if you don’t have an established audience or enough money to hire lawyers and security to protect you? What if you have a family with young children, a job, and a mortgage? An offended and determined billionaire can ruin you professionally and financially. Online harassment can turn into physical harassment and attacks. It’s like you’re in seventh grade again and avoiding the hallways where bullies may be lurking.

But the people we really worry about are our friends and family on the other side. What if they leave us? What if the buddy who liked your family photos and posted birthday wishes starts saying you’re an infantile snowflake because of the causes you believe in? What if our family rejects us because we didn’t vote the way they did? We ask ourselves, is politics really that important to break off blood relations?

So, we decide it’s better to be silent than to take the risk or hurt anyone.

But the toxicity of self-censorship doesn’t stop there. You feel like a coward. You stew in the truths and feelings you’re too afraid to express. You doubt yourself. You question your own perception of reality. Is what they say the truth, and what I experience is just my imagination? You feel unworthy to speak, so you don’t. Silence becomes a habit. You ignore the growing brutality around you because it is better not to look. The abnormal become normal and even comfortable. You love Big Brother.

Self-censorship isn’t just about silencing the opposition. It’s the first step in obliterating our souls, stripping us of our humanity, denying our individuality, and turning us into cogs in the leader’s machine. We become silent accomplices and fodder for the leader’s cruel ambitions.

There are a lot of scared people now. People fear for family members who might get deported or might not be able to come back into the country. People fear of losing their health insurance and hard-fought civil rights. They fear a trade war can result in a devastating recession, or a real war can end humanity. They see the future as bleak. They feel alone and vulnerable. When we have the courage to speak, we give them the courage to speak out as well. But if we silence ourselves, they will too.

We shouldn’t have to feel this way in America. We have our Constitutional protections and the rule of law, and we have a long history of civil disobedience and protest that spans from the Boston Tea Party to “Quiet” by Milck. But we can only preserve our freedom if we have the courage to defend it. We must speak so that others have the courage to speak.

That’s why I won’t censor myself anymore. Neither should you.